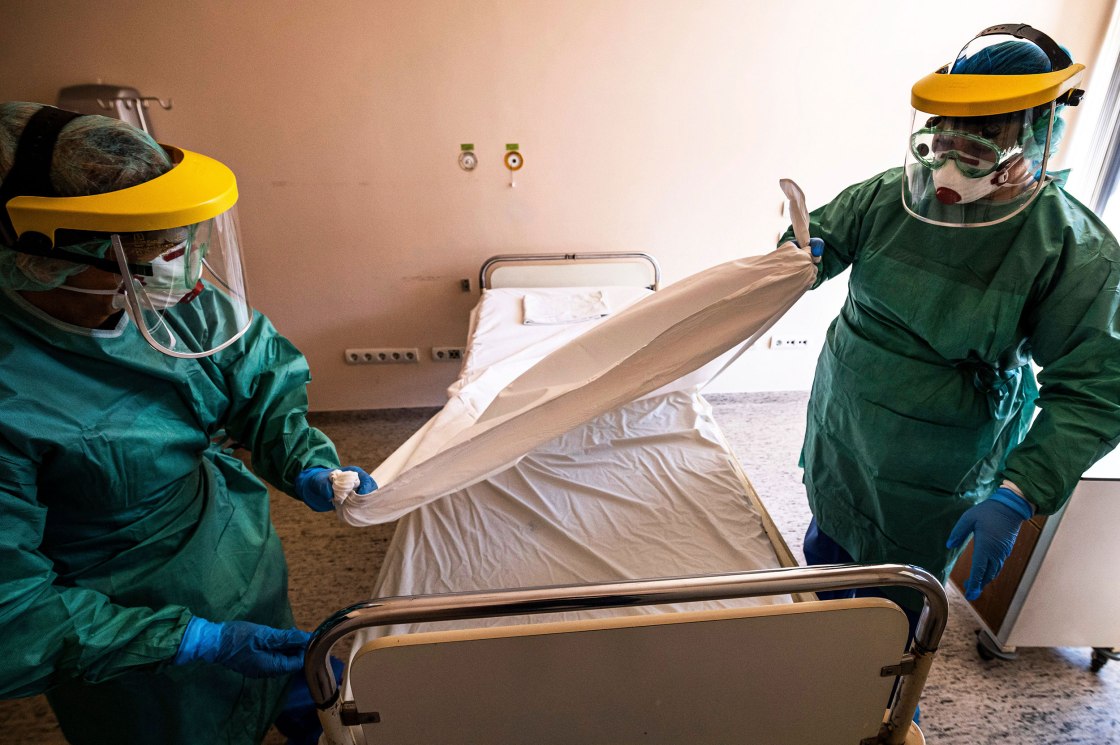 COVID Hospitalizations Surge Across the Valley

Coachella Valley hospitals have seen a disturbing trend since Memorial Day: more patients hospitalized with COVID-19 than when the pandemic began.

“In the past we may have had 10 to 20 patients admitted and right now we’re running at 40 to 50 at any given time,” says Christine Langenwalter, Desert Regional Medical Center’s Chief Quality Officer.

“We definitely are seeing a surge in patients,  tide I will call it,” says Dr. Alan Williamson, Eisenhower Health’s Chief Medical Officer.

At Desert Regional Medical Center, many of the patients are requiring critical care, ” We are now full in our ICU and we have taken over some of our overflow areas and made them also ICU space as well and so we can continue to do that and care for the community,” says Langenwalter adding that they have the room and equipment to give critical care in any part of the hospital, “we also want the community to support us and try to get this curve back down and more controllable, so we aren’t having to go into overflow status so frequently.”

Both hospital officials say they’ve received patients from the Imperial County where the spike in cases is so high, Governor Newsom has reinstated their stay at home order, but they don’t account for the Coachella Valley’s spike in hospitalizations.

“That’s a relatively small, number in fact a very small number of cases what we are definitely seeing is an up-tick in the number of cases within our own community particularly in the east end of the valley,” says Williamson.

But that’s not where the connection ends.

“We’re really basically seeing a similar pattern to what they were seeing early on or a week or two ago in Imperial County which is that it’s just becoming established into the community,” says Williamson.

Another alarming trend, more young people are getting sick, and not all have mild symptoms.

Both hospitals say they can handle all medical emergencies including COVID surges, they have beds and personal protective equipment. What is less readily available is staff, who need rest and reinforcements.

“Staffing right now is really one of the biggest concerns so in our current planning situation dealing with the surge that we have now, that’s really the rate limiting step,” says Williamson.

“We’re moving staff around, we’re bringing extra staff from outside of the area to help and we’re doing that in collaboration with Riverside County, as well as with our hospitals that are in the valley,” says Langenwalter.

They warn that now is not the time to go back to our old way of thinking.

It’s time to step up the basics: mask wearing, hand washing, social distancing and staying home as much as possible.

“It is not life as usual, we’ve tried to convince everyone from day one that it is possible to live with this virus. We cannot ignore that the virus is there you do that at your own peril and at the peril of your family, your neighbors, your community,” says Williamson.

Both health officials say it’s important that the community knows they have plenty of room to treat all emergencies and it’s important not to wait if you’re suffering a medical emergency because that can have dangerous consequences.