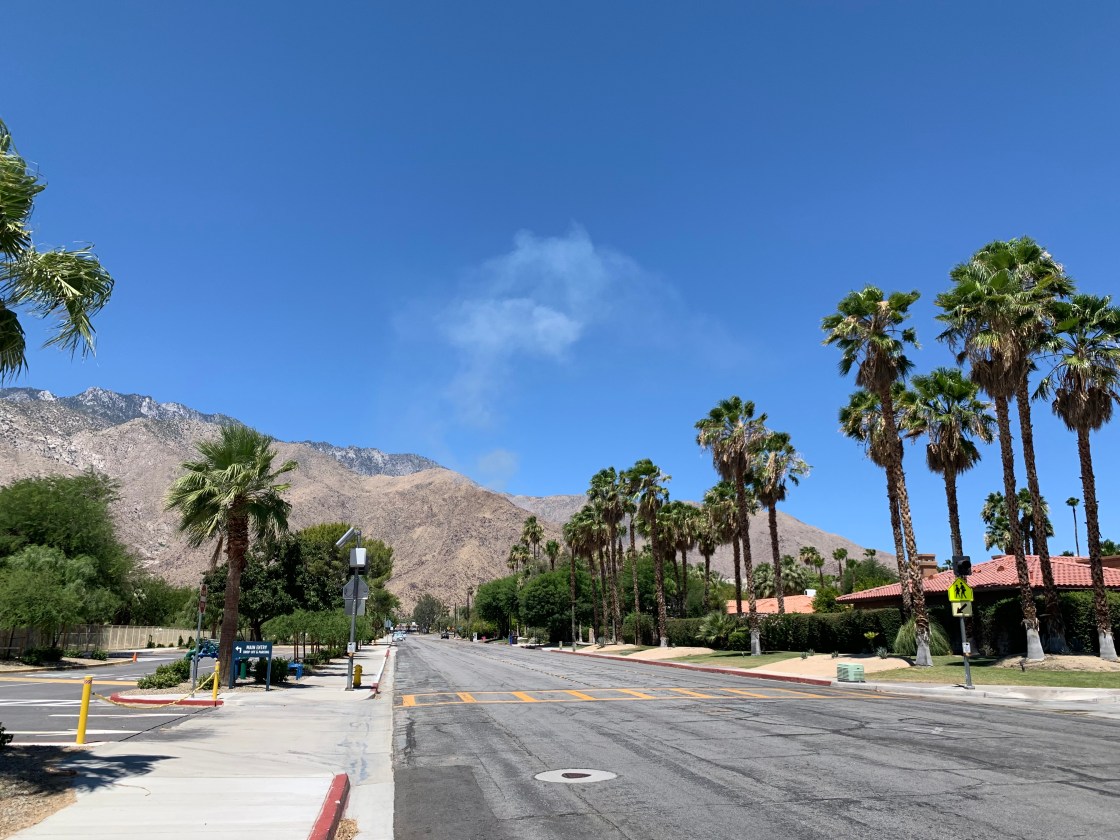 Firefighters are working to contain a brush fire that broke out just before 11:00 Monday morning in Palm Springs.

The fire is approximately 20 acres and located on the south side of Tramway Road. Fire crews say the fire has a potential spread of up to 1000 acres.

No homes were immediately threatened, and no evacuations had been ordered by mid-afternoon.

Gunkel said the wind-driven blaze — which was 0% contained as of 2:30 p.m. — has the potential to scorch 1,000 acres of nearby vegetation, but added that conditions were looking favorable for firefighters.

“It’s holding really good where its at right now,” he said. “It’s really burning within itself.”

The fire was burning to the southeast, away from the tramway, but towards Palm Canyon Drive and nearby populated segments of the city.

Two firefighters were reported injured, one with an unspecified physical injury and another with heat exhaustion, Gunkel said. There was no immediate word on the severity of their injuries.

About 75 firefighters from multiple agencies were sent to the scene, including crews from the Riverside County Fire Department, Bureau of Land Management and U.S. Forest Service. Two air tankers and two helicopters were also providing air support.

There was no immediate word on what sparked the blaze.

ALERT- Fire units are on scene of a rapidly moving fire on the south side of tramway road, PSFD and CAL FIRE are attempting to catch the approximately 10 acre fire, multiple fire units and air support are responding pic.twitter.com/LTTHcaggdF

Crews are asking everyone to avoid the area.

This story is developing and will be updated as more information becomes available.