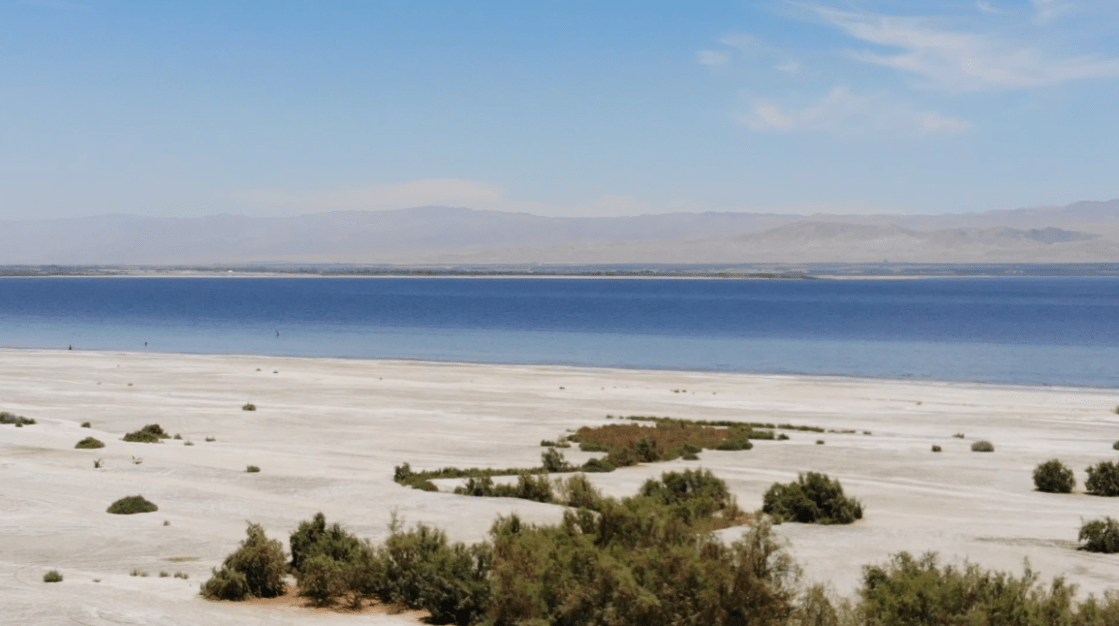 Especially for Assemblymember Eduardo Garcia, from the 56th district, who helped get funds of over 47-million dollars for new river and Salton sea mitigation projects.

“In the coming months, we’ll be breaking ground in the southern western part of the sea, on the species habitat conservation plan that’s close to three or four-thousand acres of habitat restoration and air quality mitigation. So we’re seeing some work,” said Garcia.

Now more than ever, there’s urgency for people living in the far eastern valley. Even before the pandemic, respiratory illnesses have been an everyday struggle. Activists from the Coachella Valley like Leadership Counsel and Alianza call it an environmental injustice.

“The East Coachella Valley is primarily a farm working and low income community. The current realities we are living under with the pandemic only exacerbates the urgency and the need to address the Salton sea,” said Patricia Gutierrez, from Alianza.

Juan Manuel Briceno, who lives in the North Shore Community has witnessed children and pregnant women all suffering with chronic diseases..

However, Salton sea restoration has taken years and millions of dollars in state funding.

“It’s about a 9 billion dollar cost, so when we’re talking about a 19 million dollar project, it’s a really minimal drop in the bucket. It’s important to put it into context, when we’ve secured close to 300 million dollars, we still have a long way to go to be able to have a significant impact on a problem that has been sitting out there for decades,” said Garcia.

These funds include habitat and air quality improvement, but activists want more to be done to address the human impact. Especially as coronavirus cases continue to rise in Imperial County.

“When you’re developing a project, especially a project that’s supposed to improve public health and rehabilitate the Salton sea, whatever else goes into developing such a project, we have to make sure that it’s first providing benefits for the community already living here,” said Rebecca Zaragoza, from Leadership Counsel.