BANNING (CNS) – Two men accused in the killings of a Coachella Valley couple who went missing more than three years ago pleaded not guilty to murder charges Thursday.

Manuel Rios of Coachella and Abraham Fregoso Jr. of Indio were arrested last weekend, along with a third man, who’s charged with being an accessory to murder after the fact.

Fregoso, 32, is charged with one count of murder, and both defendants are facing a special circumstance allegation of killing a witness of a crime, which make them eligible for the death penalty if prosecutors opt to seek capital punishment should they be convicted.

The pair were arraigned via video conference by Riverside Superior Court Judge James Hawkins, who scheduled a felony settlement conference for July 13.

Both remain behind bars without bail. Rios is being held at the Smith Correctional Facility in Banning and Fregoso at the Riverside jail.

Co-defendant Jesus Ruiz Jr., 41, pleaded not guilty  Wednesday to two counts of being an accessory to murder after the fact. His exact role in the alleged murders has not been disclosed. He remains in custody at the Southwest Justice Center in Murrieta in lieu of $500,000 bail.

Riverside County Sheriff Chad Bianco said during a news conference Tuesday that the victims were known to their alleged killers, but would not comment further.

Bianco told reporters the arrests stemmed from a three-year investigation that included more than 50 search warrants and hundreds of interviews. He said investigators had recently discovered what are believed to be the couple’s remains in the Coachella Valley. He said the DNA results, however, had not yet come back to verify the identity of the remains.

“The investigation that led us to the remains indicate we did find them,” Bianco said, but he would not be more specific about where and when the bodies were found. 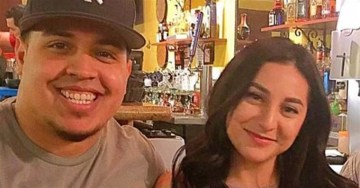 He did, however, confirm that at least two digging operations reported in east valley residential neighborhoods recently, including one in Indio and another in Coachella, where sheriff’s deputies were seen removing large swaths of earth with heavy machinery, were related to the investigation.

Rios had been locked up in a Riverside County jail since February in an unrelated case when he was charged in the killings, while Fregoso was serving time in a state prison in San Luis Obispo on a 2019 conviction for possessing a controlled substance for sale.

Ruiz was taken into custody in Stockton last Friday, but he has lived in the Coachella Valley most of his life, Bianco said.

Bianco deflected most of the questions posed by reporters, citing an ongoing investigation that he said could yield additional witnesses or the identities of additional people involved. He declined to discuss a motive for the killings.

Riverside County District Attorney Mike Hestrin said he was “very confident” that the charges against the three men were warranted.