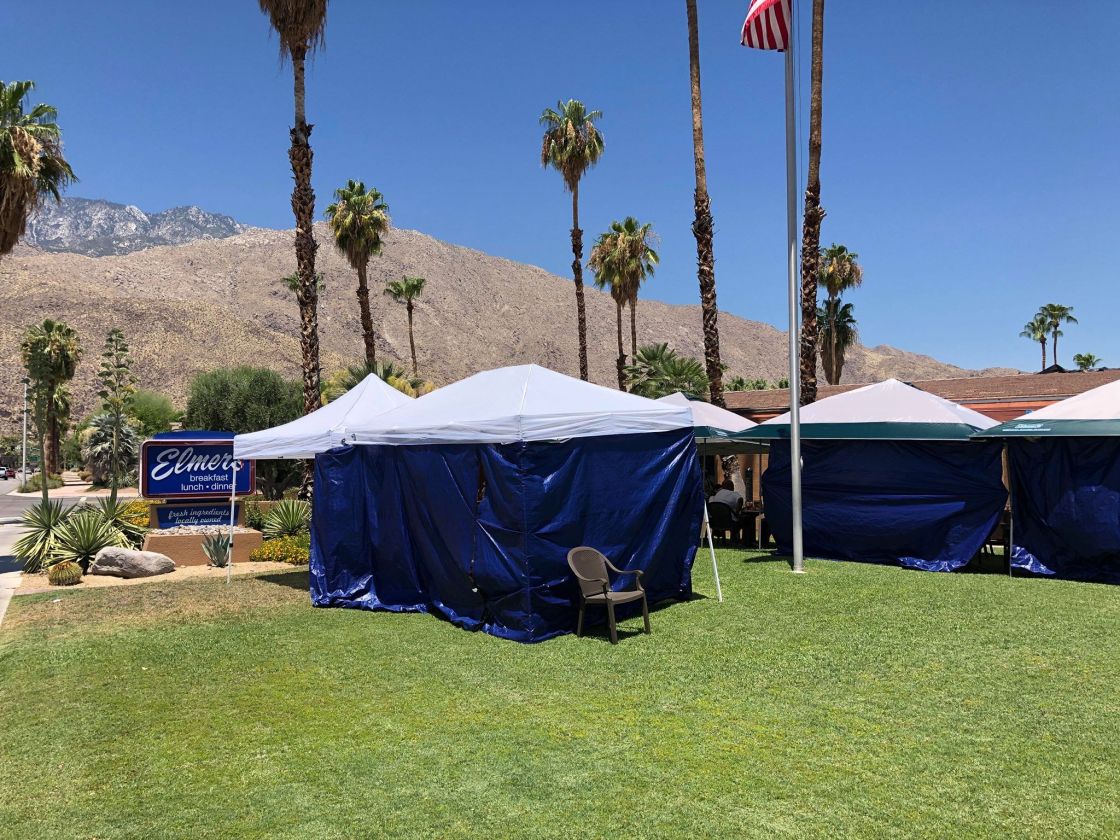 On Thursday customers enjoyed lunch on the lawn at Elmer’s in Palm Springs, a new option the owner hopes will help keep her 80 staff members employed after laying a majority off in March.

“This was easier to handle, because we knew we could at least have some business. I’ll probably keep at least fifty percent of the staff and kind of rotate them,” said Jacky Donnel, owner of Elmer’s in Palm Springs.

Over in Palm Desert, Sherman’s Deli is facing similar issues.

The deli furloughed 40 employees after initial closures, but was able to bring many back on.

Governor Newsom’s order to place a second hold on indoor dining in certain counties led the owner of the deli to furlough 15 more.

”That kinda hurt, especially after they had just gone through the testing. They gave me the call and the paper work, said I’m negative, and I said well that’s great, I’m glad, stay clean because I can’t bring you back. That really hurt,” said Gordon Poster, general manager of Sherman’s Deli.

But staffing isn’t the only problem owners face, another challenge includes ordering food and supplies.

“Everything here is fresh, so what we’ll do is order small orders from our delivery people, and if we have to run out of a less well-known item then we will just run out,” said Donnel.

The city of Palm Springs has approved 16 restaurants to expand into sidewalks, giving them flexibility and helping out businesses that don’t have outdoor space.

But city leaders say that move could still be months away.

“Most of the restaurants felt that in the summer when it’s 100 degrees until 9 oclock at night, expanding into the street isn’t ideal right now. So they’re thinking about it making sense possibly in the fall,” said Mayor Kors, of Palm Springs.