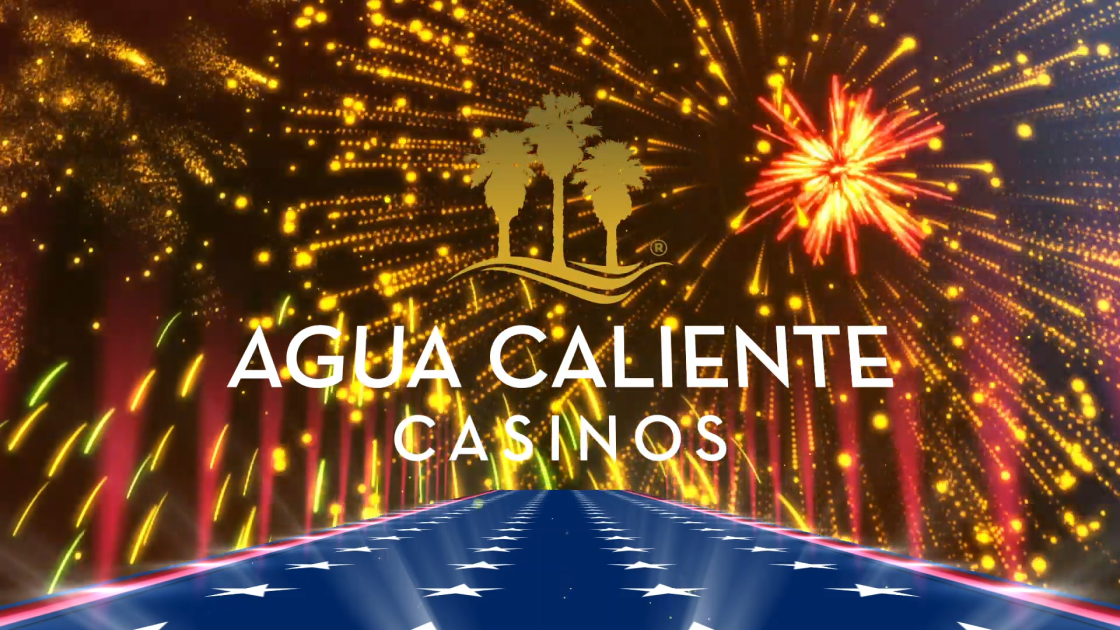 RANCHO MIRAGE (CNS) – The only official fireworks show slated for the Coachella Valley this Fourth of July weekend will still go on as planned at a tribal casino in Rancho Mirage, an official said.

The Fifth Annual Fourth of July Spectacular is still set to begin at 9 p.m. Saturday at the Agua Caliente Casino Resort in Rancho Mirage amid social distancing and other protocols aimed at curbing the spread of the coronavirus, according to Kate Anderson of the Agua Caliente Band of Cahuilla Indians.

The announcement comes after Gov. Gavin Newsom on Wednesday encouraged — but did not mandate — that fireworks shows slated for 19 California counties seeing a surge in COVID-19 cases be canceled to deter crowds from gathering in public, including those slated for Riverside County. The tribe, as a sovereign nation, is not obligated to heed the governor’s recommendations or orders.

“We look forward to safely celebrating this national holiday with all of you,” tribal Chairman Jeff L. Grubbe said.

For guests who visit the casino in person, the fireworks show will be a “drive-up” event, with required social distancing and mandatory face covering.

Guests going to the casino will have their temperatures checked prior to entering, the tribe said.

Synchronized music will be played on KPSI-FM (100.5) during the event. Parking and admission are free.

The show will be live-streamed on NBC Palm Springs.

North of the Coachella Valley, the Tortoise Rock Casino will host a drive-up viewing area for a firework show being put on by the Twentynine Palms Marine Base at about 9 p.m. Saturday, according to Anthony Madrigal Jr., a spokesman for the Twenty-Nine Palms Band of Mission Indians.

“Hotdogs and popcorn will be served during this event,” he said. “Social distancing protocols will be enforced.”

Twentynine Palms is in San Bernardino County, another of the counties on the governor’s “watch list.” Another fireworks show was canceled in Big Bear following the governor’s announcement.

While the Agua Caliente casino may be the only physical place to congregate this Independence Day to view a large fireworks show in the Coachella Valley, other local entities are planning creative substitutes.

In Palm Desert, city officials canceled the city’s annual fireworks bonanza due to the pandemic, but invited residents instead to tune in to one of two radio stations — KDES-FM (98.5) or KKUU-FM (92.7) — for a community-wide patriotic music party at 9 p.m.

“The goal is to let music and freedom ring out under the stars for all to hear,” according to a city statement. “Residents and visitors are invited to post pictures of their listening party experiences on social media using the hashtag #UnitePalmDesert.”

The city of Palm Springs previously nixed its fireworks show due to the coronavirus, but the Palm Springs Air Museum will offer a Fourth of July special, cutting admission at night to $5 for its “Dine in the Open Air Under the Stars” event Friday and Saturday. Vendors will sell tacos and ice cream.

And in Indio, city officials are asking Valley residents to fly their U.S. flags en masse over the Fourth of July weekend, and to post pictures online with the hashtags #StarsandStripes and #Indio4thofJuly.