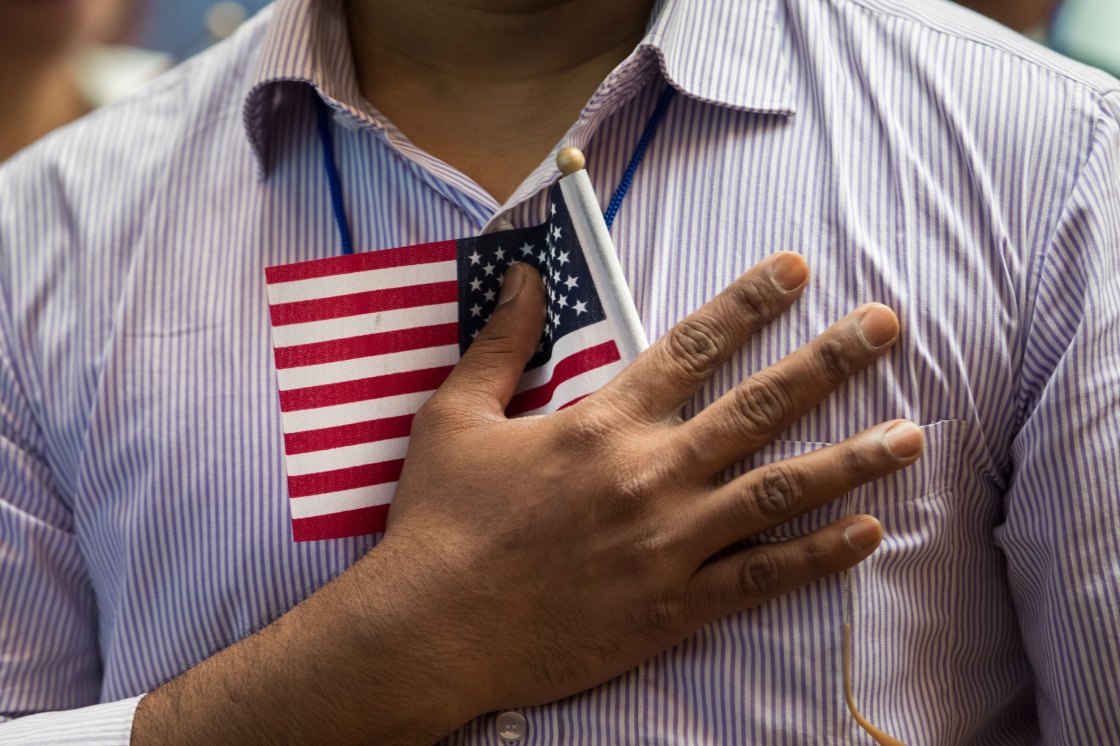 The federal agency responsible for granting citizenship, providing immigration benefits, and processing visa applications is bracing to furlough over 13,000 employees next month — a move that could grind the US immigration system to a halt.

US Citizenship and Immigration Services, a fee-funded agency, says it’s in the hole after having to close offices and put services on pause during the pandemic. Over recent weeks, the agency has been preparing to furlough more than half of its workforce unless Congress provides additional funding.

The agency has asked for $1.2 billion.

The Trump administration has employed a litany of regulations intended to curb legal immigration to the United States, and mass furloughs would further curb operations.

Notices went out to staff this week who can potentially be furloughed, about 13,400 people of roughly 20,000, according to an agency spokesperson.

“If you were to take a straight two-third cut, that’s going to slow everything to a crawl,” said Ur Jaddou, director of DHS Watch and former USCIS chief counsel.

Michael Knowles, president of the American Federation of Government Employees local union that represents Washington, DC, area employees, similarly expressed concerns over what the furloughs might mean for the agency and those who depend on its services.

Discussions between Congress and the administration over the issue are ongoing.

“The Trump White House is responsible for requesting supplemental funding, but all they have sent Congress is a one-page letter that provides virtually no information on the shortfall or proposed remedies,” said Evan Hollander, communications director for the House Appropriations Committee.

A congressional aide told CNN that Democratic staff sent USCIS a proposal two weeks ago that lays out a plan to pay back the funds that might be appropriated, but haven’t heard back from the agency.

Senate Appropriations Committee Vice Chairman Patrick Leahy, a Democrat from Vermont, sent a letter to the Office of Management and Budget in late June, urging action from the administration. Leahy said he spoke with USCIS Deputy Director for Policy Joseph Edlow who informally requested $1.2 billion in emergency funding to get USCIS through the end of the calendar year.

In a statement to CNN, the Office of Management and Budget said: “The Administration has formally requested the resources necessary to keep USCIS running. Our hope is that Congressional Democrats accept our proposal to keep the lights on in a responsible manner.”

A spokesperson for USCIS said the agency notified Congress in May of its projected budget shortfall and proposed that USCIS pay the money back to the US Treasury by adding a 10% surcharge to applications.

“Congress has the information it needs regarding USCIS’ fiscal outlook and funding need,” said the spokesperson.

The furloughs, meanwhile, are getting closer for some employees who began receiving notices this week.

“I regret to inform you that U.S. Citizenship and Immigration Services (USCIS) will furlough you for more than 30 continuous calendar days, in a non-duty and non-pay status, for fewer than 90 days, beginning August 3, 2020,” reads a furlough notice sent on June 29.

The notice also says the extended furlough is due to a “shortage of funds,” adding that the measures taken to tighten the budget were “not enough at this time” to prevent furloughs.

The agency’s handling of dwindling funds has become a source of frustration internally, particularly as the Department of Homeland Security, which oversees USCIS, pushes out recruiting notices.

The department is seeking “hundreds of qualified individuals” to fill positions in cybersecurity, information technology, intelligence analysis, law enforcement, travel security, and emergency prevention, response, and management, according to the announcement.

“We’ve done everything we could to accommodate the service when COVID hit,” said Palinkas, in reference to telework and other changes employees made during the pandemic. “We go through all this, and then we get hit with the furlough.”

Employees, lawmakers and outside experts have raised concerns that while the pandemic made the budget shortfall worse, it wasn’t the only cause.

“The receipts are down,” Knowles said. “Covid-19 has been an aggravating factor,” he added, noting that the incoming fees have gone down with the restrictionist immigration policies the Trump administration has implemented.

The Migration Policy Institute, a think tank based in Washington, DC, identified three major issues that led to the lack of funding, including a drop in petitions over the last two years, increased spending on fraud detection and vetting and poor management of cash reserves.

Sarah Pierce, a policy analyst at the institute, said the furloughs were “avoidable, at least to a certain extent.”