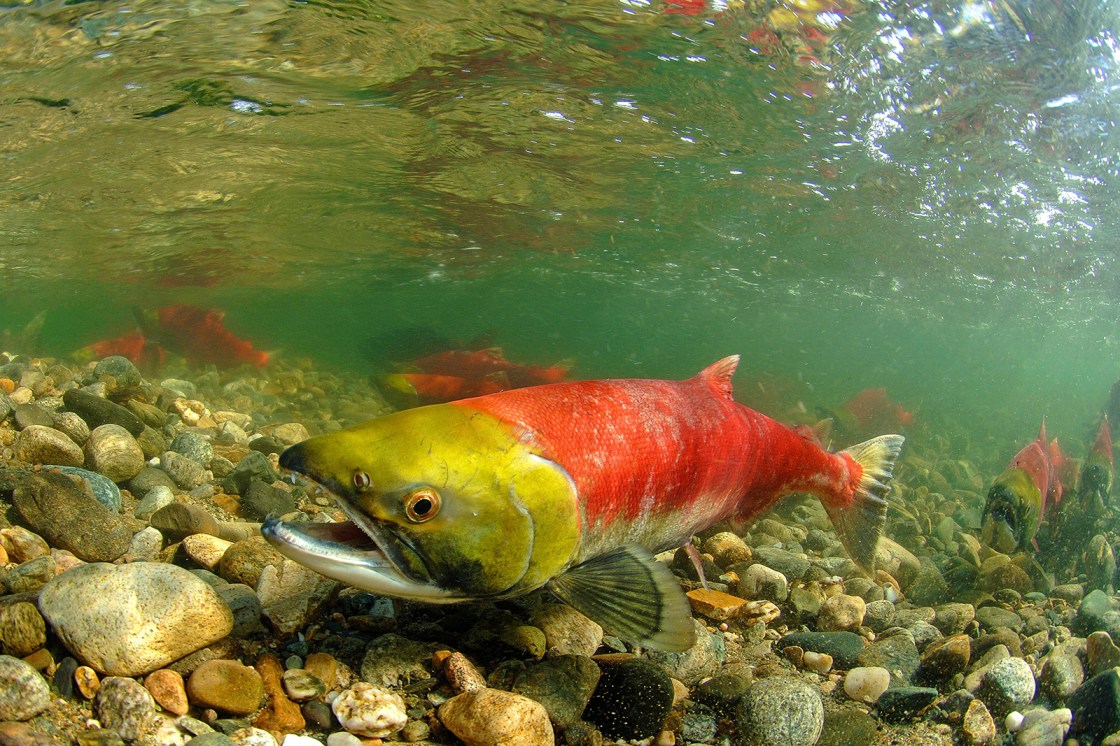 As the planet’s oceans and rivers warm, increased heat could pose a grave threat to the fish populations the world depends on by the end of this century.

That’s the alarming conclusion of a new study published Thursday in the journal Science.

Among the species the authors said are at risk are some of the most commercially important species on Earth — including grocery store staples like Atlantic cod, Alaska pollock and sockeye salmon, and sport fishing favorites like swordfish, barracuda and brown trout.

In fact, 60% of the fish species examined could struggle to reproduce in their current habitat ranges by the year 2100 if the climate crisis continues unchecked, according to the researchers.

If governments recommit themselves to holding global warming to 1.5 degrees Celsius, however, the scientists found the number of species threatened could be far less — just 10%.

“More than half of the species potentially at risk is quite astonishing, so we really emphasize that it’s important to take action and follow the political commitments to reduce climate change and protect marine habitats,” said Dr. Flemming Dahlke, a marine biologist at Germany’s Alfred Wegener Institute and one of the authors of the study.

That worst-case scenario of global warming’s impact on fish species is yet more evidence showing that without sweeping efforts to cut emissions of heat-trapping gases, human activity threatens to permanently disrupt the ecosystems that feed billions of people.

The study was conducted by a team of researchers based in Germany, who analyzed temperature tolerance data for nearly 700 species of marine and freshwater fish from climate zones around the world.

Past studies of fish sensitivity to changing water temperatures have focused mostly on adult fish.

But to really understand how warmer waters will impact species, the researchers argued that it’s essential to look at the most vulnerable stages in a fish’s life cycle — those that are critical to reproduction and species survival.

In nearly all cases, fish embryos and spawners — female and male fish that are preparing to produce eggs and sperm — are far more vulnerable to abnormally warm water temperatures than adults and larvae, the researchers found.

“There’s a difference in the tolerable temperature range of almost 20 degrees on average between embryos and adults,” Dahlke said. “This of course makes a big difference when you want to look at the sensitivity of species to global warming.”

The consequences for humans could be enormous.

Today, an estimated 3 billion people rely on fish and seafood as their primary source of protein.

To survive, many species would be forced to evolve to cope with warmer temperatures or to move in search of cooler waters, the authors said. But given the speed with which human activity is warming the planet, many species may not be able to adapt fast enough to survive.

“If climate change continues unchecked, we will probably see big changes in the species composition of our ecosystems,” Dahlke said. “When species can no longer reproduce in their traditional habitats, they have to either go into deeper water or further North if possible, or become locally extinct if they’re unable to do that.”

As the planet heats up, several other recent studies have shown how oceans in particular have borne the brunt of the warming.

It’s “virtually certain” that the world’s oceans have warmed nonstop since 1970 and have absorbed 90 percent of the planet’s excess heat, according to a landmark report last fall from the United Nation’s Intergovernmental Panel on Climate Change.

And the world’s oceans are now heating at the same rate as if five Hiroshima atomic bombs were dropped into the water every second, found another study from January.

There is also evidence that heat is already reshaping aquatic ecosystems.

An April study published in the scientific journal Nature found that recent marine heat waves — characterized by extreme water temperatures that persist over huge areas of the ocean — have led to fish die-offs and dramatically shifted the ranges of many species.

These recent marine heat waves have offered a glimpse into how species may respond if water temperatures continue to climb, Dahlke said.

“The effects of these heat waves kind of forecasts what could happen at the end of this century.”

This latest study strengthens the evidence sounding an alarm for government leaders to take meaningful action to protect fish species that people depend on.