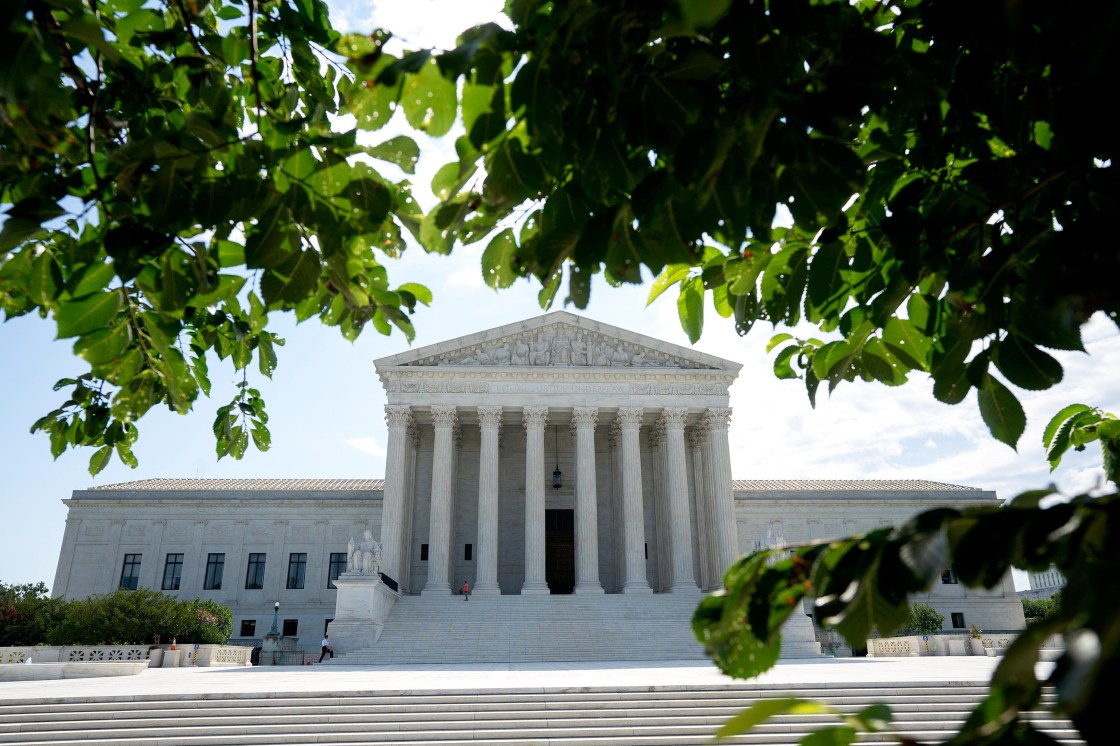 The Supreme Court said Monday that states can punish members of the Electoral College who fail to fulfill a pledge to vote for a state’s popular vote winner in presidential elections.

The case comes as the election season is heating up and the Electoral College will once again be front and center in an increasingly polarized and volatile political atmosphere.

In 2016, 10 of the 538 presidential electors went rogue, attempting to vote for someone other than their pledged candidate. In all, 32 states and the District of Columbia have laws that are meant to discourage faithless electors. But until 2016, no state had ever actually punished or removed an elector because of his or her vote.

“Today, we consider whether a State may also penalize an elector for breaking his pledge and voting for someone other than the presidential candidate who won his State’s popular vote. We hold that a State may do so,” Justice Elena Kagan said.

Three presidential electors in Washington state, for example, voted for Colin Powell in 2016 rather than Hillary Clinton and one voted for anti-Keystone XL pipeline protester Faith Spotted Eagle. A $1,000 fine was upheld by the state Supreme Court.

In Colorado, the legal outcome was different when Micheal Baca sought to vote for John Kasich instead of Clinton.

Baca’s vote was rejected and he was removed and replaced with a substitute who voted for Clinton. Baca was referred for potential perjury prosecution, although no charges were filed. He filed suit, and ultimately won when the 10th US Circuit Court of Appeals held that while the state does have the power to appoint electors, that does not extend to the power to remove them.

During oral arguments, Frodo Baggins, a hobbit from the “Lord of the Rings” trilogy, became a part of the court’s historical record.

In a line of hypothetical questioning, Justice Clarence Thomas used Baggins as a case study.

“The elector who had promised to vote for the winning candidate could suddenly say, ‘You know, I’m going to vote for Frodo Baggins. I really like Frodo Baggins.’ And you’re saying, under your system, you can’t do anything about that,” Thomas asked Baca’s attorney, Jason Harrow.

“Your honor, I think there is something to be done, because that would be a vote for a non-person. No matter how big a fan many people are of Frodo Baggins,” Harrow said.

“This has become a big deal because there is a large risk that for the third time in this century, the popular vote winner and the electoral vote winner will be different people,” said Reed W. Hundt, who runs a foundation called Making Every Vote Count.

To Lawrence Lessig, a Harvard Law professor behind the challenges, the answer is clear that while the state has the power to appoint a slate of presidential electors who are members of the same party as the ticket that wins the popular vote, those electors, once appointed, can cast their votes however they like.

He argued that if the court allowed states to step in to penalize the electors, it could have unexpected consequences. For instance, a state might feel free to take more drastic steps, including passing laws to bar an elector to vote for a candidate who has not released a copy of their tax returns.

“The scattered examples that remain have been largely symbolic gestures with no chance of impacting results,” Ferguson said, adding that “over the last century, no elector for a winning presidential candidate has switched votes to the losing candidate.”