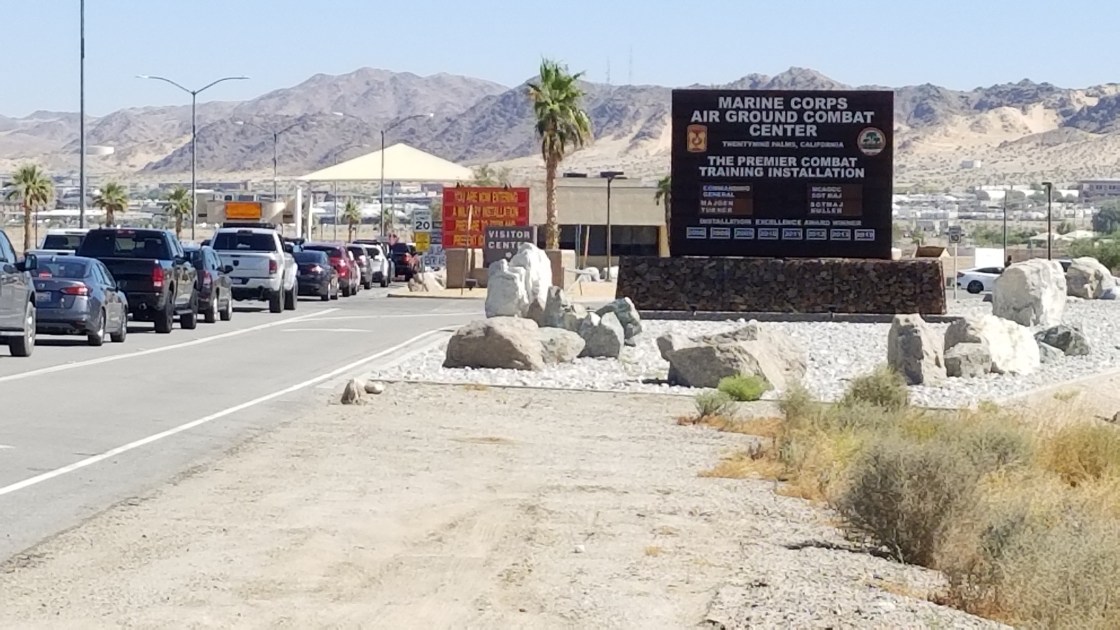 Representatives for the Twentynine Palms Marine Base confirm a Marine is dead after sustaining a self-inflicted gunshot wound.

The identity of the Marine has not been released.

“We received a call around 6:30 that there was a shooting incident aboard the installation, we had our military policemen come onto the scene and they took control of the situation. They, from that point, cordoned off the area,” said Nicole Plymale, communications officer for Twentynine Palms Marine Base.

The base was under a shelter in place order, and military police were in communication with the marine for over two hours after hearing shots fired.

“We took the individual and we treated him, and he was taken to Desert Regional in Palm Springs to be treated. We opened up the gates around that time, and now we’re back to normal operations and everything is under control,” said Plymale.

No other injuries have been reported.

“At this time it’s currently under investigation so I don’t have that information as to whether it was intentional or malicious or anything like that,” said Plymale.

The shelter-in-place order is also lifted.

#BREAKING: The shelter in place order for the installation has been lifted. An individual sustained a self-inflicted gunshot wound at approximately 8:30 a.m. (1/2)

The U.S. Marines confirmed the reports on Twitter just after 8:00 AM.

#BREAKING: Military police responded to reports of gunshots at approximately 0630 and cordoned the area. We cannot confirm a suspect in custody at this time. More to follow.

This story is developing and will be updated as information becomes available.