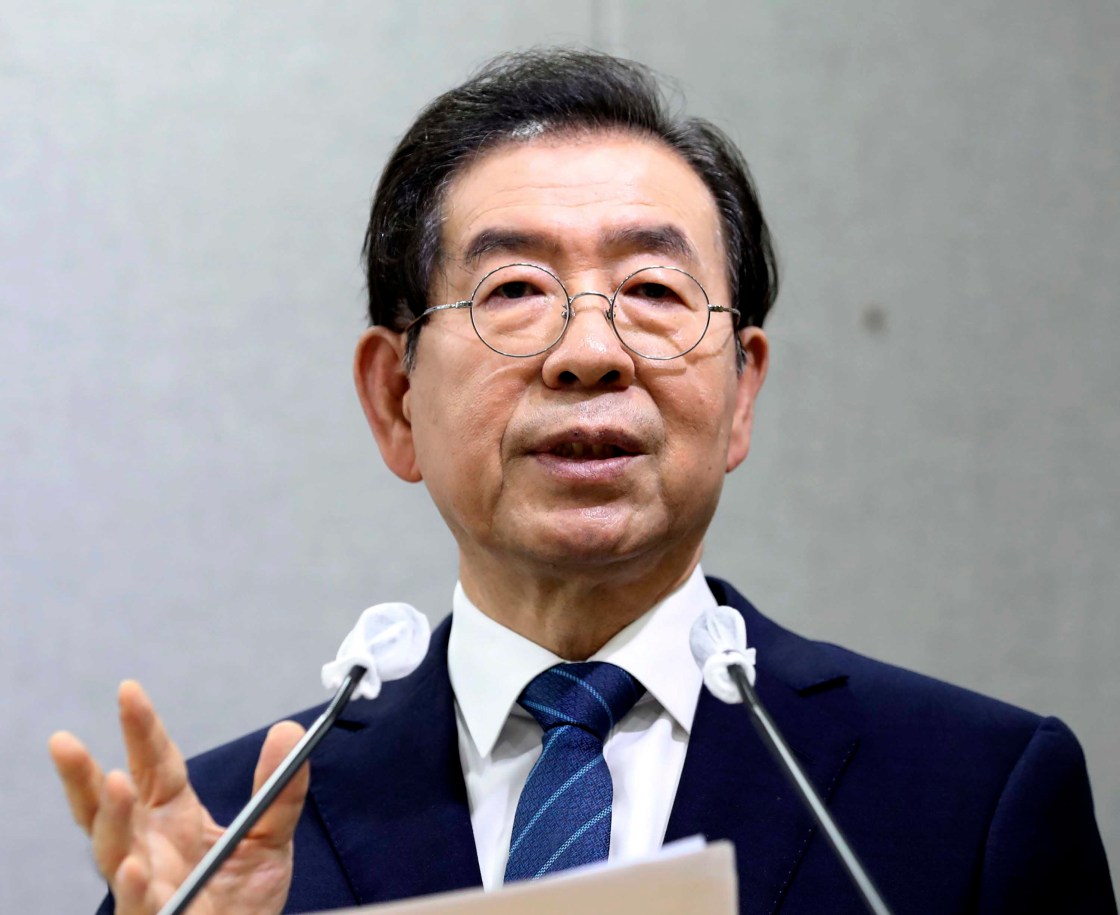 The mayor of Seoul — considered the second-most powerful official in South Korea — has been found dead on a mountainside within the capital city.

Park Won-soon’s body was found on Bukak mountain in Seoul’s Seongbuk-gu neighborhood, just after midnight on Friday local time. The area is very close to his official residence in Jongno-gu.

Police did not reveal how the mayor died, in order to protect his privacy, but they have ruled out foul play.

No suicide note was left behind, and his belongings were found nearby, said Choi Ik-soo, an official at Seoul Metropolitan Police Agency’s Crime department, during a briefing on Friday.

The 64-year-old was first reported missing by his daughter on Thursday evening, according to a police official with knowledge of the case.

For seven hours, nearly 600 police officers and firefighters, along with three rescue dogs, scoured the city for him. His body was ultimately found by a rescue dog and identified by firefighters.

Park was born in 1956, in South Korea’s South Gyeongsang Province, according to Seoul’s metropolitan government website.

After working as a prosecutor, he became Secretary-General of the People’s Solidarity for Participatory Democratization, a major NGO, for several years.

The longtime civic activist had been Seoul’s mayor since 2011, and was seen as a likely hopeful for the country’s liberals in the 2022 presidential elections.

When Park was elected in a landslide victory against the ruling party nearly a decade ago — with no political ties or experience — it sparked a public frenzy. His unexpected rise was seen as a sign that South Koreans were tired of traditional politics.

The former human rights lawyer ran independently but forged an alliance with opposition parties. He championed city welfare projects and became a symbol of reform in a city which in 2019 had a population of around 10 million. He was reelected as mayor in 2014 and again in 2018. His term was due to last until 2022.

When asked about a sexual misconduct allegation against Park, Choi confirmed that a legal complaint involving Park had been filed and submitted to police on Wednesday.

Earlier, search teams had scoured Waryong Park, where police say he was recorded on CCTV footage on Thursday. His last cell phone signal was detected Seongbuk-gu, where his body was ultimately found.