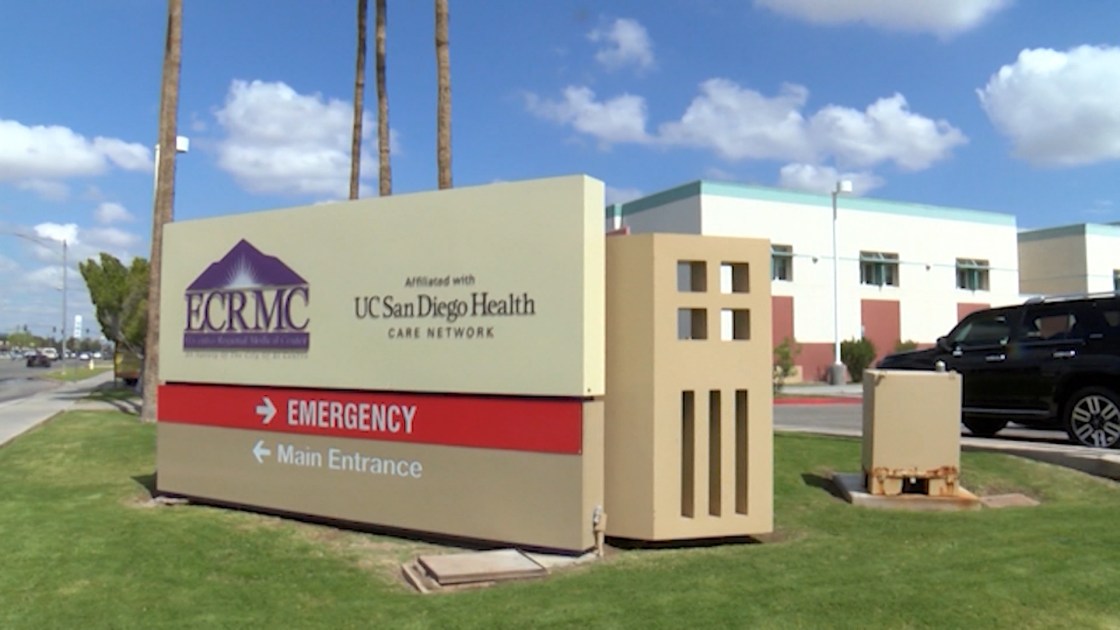 As numbers continue to rise in positive COVID-19 cases, neighboring Imperial County is facing a surge with a death rate nearly twice that of any other county in California. The hospitals in the county are overwhelmed and health professionals are at their breaking point. In the past few months, more than 500 patients have been transferred out of Imperial County.

With a population of just under 180,000, Imperial County is facing the highest death rate in the state.

“We’ve hit capacity. we’ve transferred out 2-3x the normal amount of patients were sending out. in the last 2-3 months, we’ve sent out something like 500 patients,” said Andre LaFree, Medical Director of Emergency Department with El Centro Regional Medical Center.

Some of those patients were transferred to nearby San Diego, with few cases coming to Riverside County and others sent as far away as Northern California. The rural community is 85% Latino and one in four live in poverty. Local community advocates are concerned and say more needs to be done outside of the hospitals.

“We cannot win a war on COVID in the emergency room. look at the big picture. we need to fight the war on COVID where it’s breeding and that’s our neighborhoods,” explained Luis Olmedo, Executive Director of Comite Civico Del Valle, Inc.

“Unfortunately there’s always going to be that group of people where there skeptical, there saying it’s not real or they’re just taking it lightly because they don’t feel like it’s a personal threat to them,” said Humberto Gastelum Jr. who is a healthcare worker in Brawley, California.

The fields in Imperial County send produce across the country, and even in a pandemic, some 20,000-day workers enter from Mexico legally every morning to provide the labor.

Hospitals across the Imperial Valley are bracing for what’s yet to come, empty air-conditioned tents are the future COVID ward, for the coming wave.

“I have a few friends that are actually working in the El Centro hospital and working in the Brawley hospital. They’re overwhelmed but I do believe that they are doing the best that they can with the resources that they have,” added Gastelum.

Health officials are also seeing a trend in spikes in Imperial County, saying one week after major holidays is when they start seeing numbers going up.