The $426,000 project involves grinding the top surface of four battered roadways in town, which will be overlayed with a new coat of asphalt and striping. Work is expected to wrap up by 5 p.m. Friday, according to city officials.

The work is being done on:

— Park Avenue, from Miles Avenue to Bliss Avenue; and

Residents and businesses in affected areas should have received instructions on how to navigate the work zones, according to city officials. Signs will be posted within areas in which street parking has been temporarily terminated.

The entire cost of the project is being funded by the state gas tax. 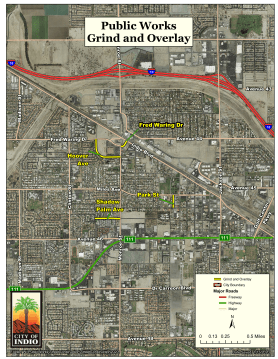