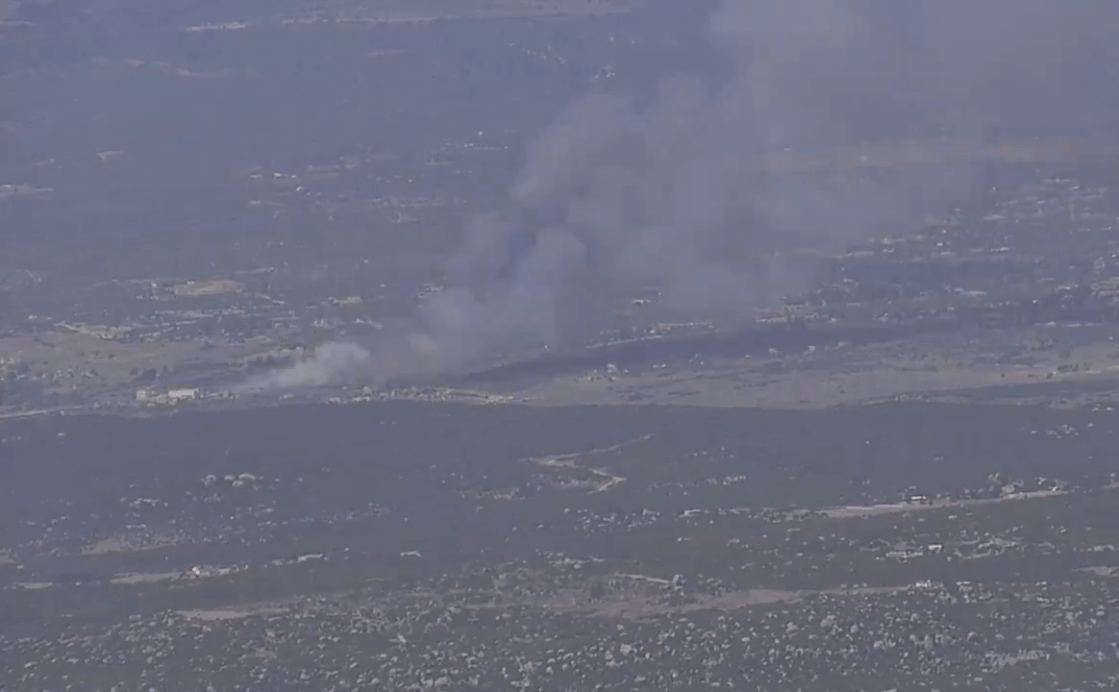 The ‘Casino Fire’ burning in Anza remains at 125 acres Tuesday morning, but is now 70% contained.

Forward spread of the fire was reported stopped at 5:10 PM Monday.

No structures were lost.

The cause of blaze has not been determined.

ANZA (CNS) – A brush fire broke out Monday afternoon near the Cahuilla Casino in Anza, quickly blackening 125 acres and threatening a mobile home park as crews worked to contain it.

The blaze, which was reported at 3:08 p.m. in the area of Cary Road and Highway 371, a half-mile east of the casino, was threatening several properties within the Anza Pines Mobile Home Park, just south of Highway 371 and west of Anza Trail.

Multiple Riverside County Fire Department  engine and hand crews encountered flames moving at a brisk clip to the east amid light to moderate winds. Two Cal Fire air tankers and two water-dropping helicopters were making runs on the brusher, trying to impede its progress toward the homes, according to reports from the scene.

It was unclear whether Cahuilla Indian Reservation authorities or sheriff’s deputies were preparing to order evacuations.

The blaze was in the vicinity of two other brush fires that burned more than 30 acres last week, though both of those blazes were on the north side of the highway.

There was no word on what might have triggered this blaze.