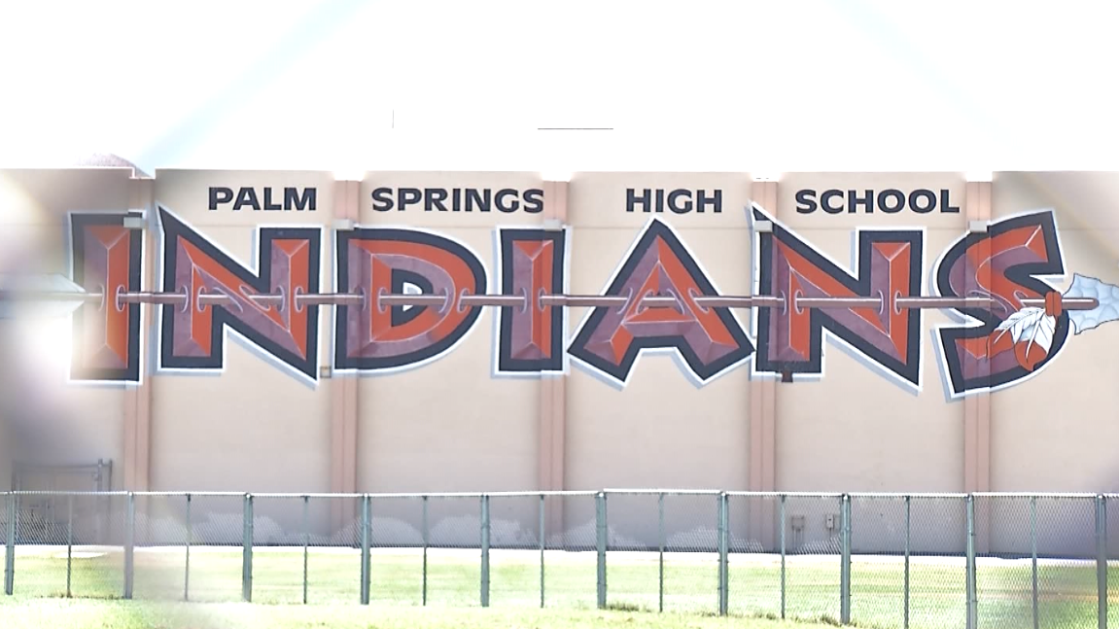 They are called the Indians, the Palm Springs high school has been named that way for more than 80 years.

However in the midst of a massive movement for racial equality and the Washington NFL team deciding to change their name, the high school’s nickname is getting another look.

“I mean, the number one reason why these names are offensive is because they dehumanize us,” said Nick Tilsen, who’s a citizen of the Oglala Lakota Nation.

Still, the high school says they have no intention in changing their name. One major factor being that the name is not to cause offense but instead to honor its history that should still be remembered, even today.

Decades ago the Agua Caliente Band of Cahuilla Indians and the high school worked together to dissolve their former mascot and logo, recognizing that certain imagery and racist caricatures were outdated and offensive.

“We don’t have an indian logo, but there have been certain logos in the past and they still surface. We can’t do anything about it. Now we have been using this P-S logo for the last 20-years,” said Ventura.

Tribal Chairman Jeff L. Grubbe said, “We value the relationship we have with the school and appreciate that they seek their input and guidance on culturally sensitive topics.”

Students who’ve attended the high school and are members of the tribe also feel pride to be represented.

“I like the name. Also the only way the school could be built 80- years back, was if they called it the Indians because it was on tribal land,” said Cassie Libretti, who just graduated from Palm Springs high school.

The high school believes that now more than ever it’s important that it leads with unity and representation.

“It’s important to have a nice strong community where we all work together,” said Ventura.