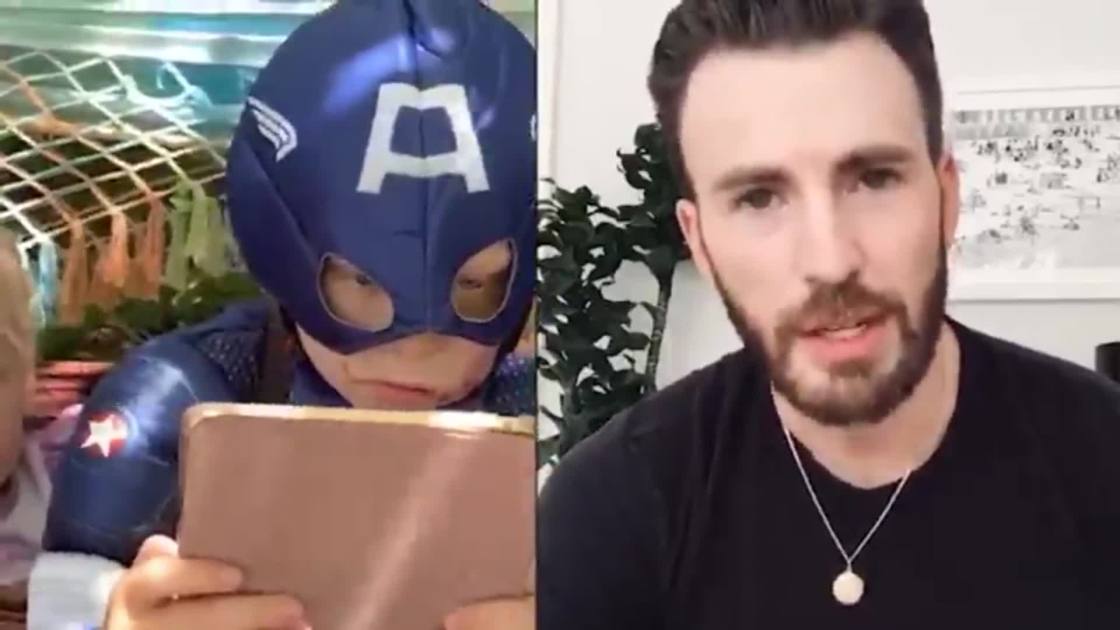 Chris Evans is giving a special gift to one very brave little boy.

The Captain America star sent a video message to Bridger Walker, 6, who saved his four-year-old sister from a dog attack. Walker was badly injured requiring a two-hour surgery and 90 stitches to his face.

“Captain America here, so I read your story, I saw what you did and I’m sure you heard a lot of this over the last couple days, but let me be the next one to tell you, pal, you’re a hero, what you did was so brave, so selfless, your sister is so lucky to have you as a big brother. Your parents must be so proud of you,” Evans said in a video message posted to an Instagram page started by Walker’s aunt. “I’m going to track down your address and I’m going to send you an authentic Captain America shield because pal, you deserve it.”

When Walker’s father asked him why he jumped in between his sister and the dog, he is said to have told them, “if someone had to die, I thought it should be me,” according to the statement from the family obtained by CNN.

“I’m not an Avenger, but I know a superhero when I see one,” Hathaway wrote on Instagram alongside photos of Bridger and his sister. “I can only hope I’m half as brave in my life as you are in yours, Bridger. Wishing you an easeful recovery, and many cool looking rocks. Hey @markruffalo, do you need a teammate??”

The family says Mark Ruffalo, Tom Holland, Hugh Jackman, Zachary Levi, the Russo brothers and Robbie Amell are among those who have reached out to them.