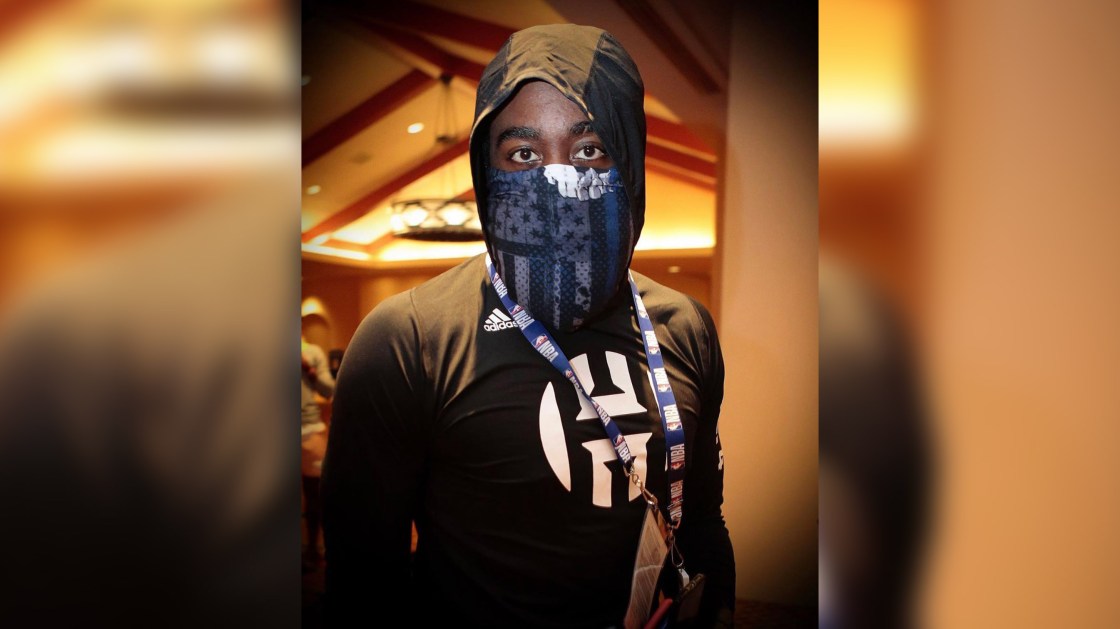 Houston Rockets shooting guard James Harden is taking some heat on social media for sporting a face mask with a thin blue line, a symbol that represents the Blue Lives Matter non-profit organization.

Harden joined the rest of his teammates at the NBA’s “bubble” in Orlando on Tuesday, four days after the rest of the team.

In a video posted on the Rockets’ Twitter page, Harden can be seen wearing a face covering, hat and luggage in hand, entering a hotel.

It wasn’t entirely clear from Tuesday’s video what the face covering looked like until both the NBA and the Rockets tweeted a close up of Harden on Thursday calling him, “The Masked Beard.”

And while the photos show Harden is doing his part to curb the spread of coronavirus, many are slamming the design of his mask that a represents a national group of police and their supporters created in response to the Black Lives Matter movement.

CNN has reached out to Harden and the Rockets for comment. It’s unclear if Harden knew the symbolism associated with his face covering.

In the aftermath of George Floyd‘s death in Minneapolis on May 25, several NBA players have demanded racial justice.

In June, Los Angeles Lakers center Dwight Howard said in a statement he believes the NBA and other forms of entertainment are an unneeded distraction from important issues facing the nation and the Black community right now. At the beginning of the month, San Antonio Spurs player Patty Mills pledged to donate his entire NBA salary for the remainder of the season to organizations tackling racial inequality.

Harden spoke with the media on Thursday from Orlando and said though he wasn’t in Houston during Floyd’s funeral service, he thought “the way the city rallied was amazing.”

“I think the world saw it,” he said. “How so many people could come together so close, obviously it was for a tragic reason but the marching and everything we’re standing for is very powerful.”

Singer-songwriter Trey Songz retweeted the NBA’s photo saying, “This certified clown s***. I’ll say it for everybody who scared to.”

“Just so u know James Harden is my brada,” he wrote. “Btw he don’t have internet so he obviously don’t know what’s right or wrong if he posted something that’s against US”

Harden’s teammate, Russell Westbrook announced on Monday that he tested positive for Covid-19 prior to departing for Orlando.

The Rockets’ first exhibition game is on July 24. The 2019-2020 NBA season will resume July 30 at Walt Disney World Resort in Orlando. The season was suspended on March 11 due to the coronavirus pandemic.