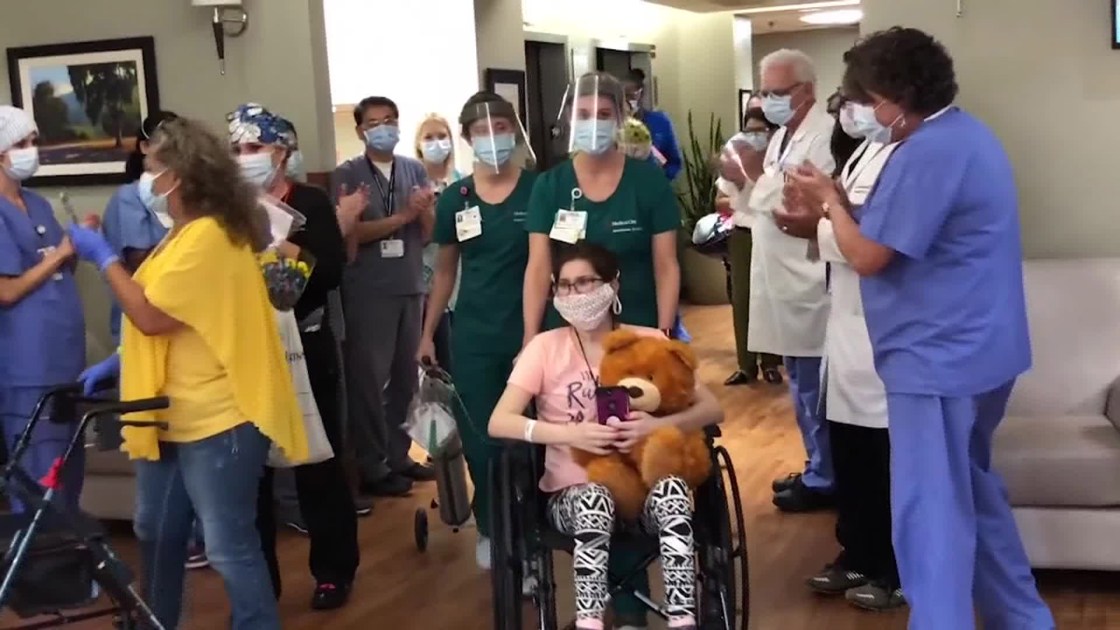 A 24-year-old Texas woman who spent nearly three months in a hospital fighting Covid-19 says she wishes she had listened to the advice of officials and experts and worn a mask.

Paola Castillo was discharged from Medical City North Hills Hospital in North Richland Hills on Wednesday after 79 days, according to a news release from the hospital.

Castillo went to the emergency room April 27 with difficulty breathing, a cough and a fever. The hospital said she had been exhibiting symptoms for six days prior to going to the ER and that she was placed on a ventilator during her first 24 hours there.

She spent over a month in the intensive care unit and on the ventilator, according to the hospital. Her husband and mother were told her condition was “touch and go” during that time, the hospital said.

After being weaned off the ventilator, Castillo had to undergo rehabilitation because her abilities to walk, talk and swallow had atrophied, the release said. She was able to go outside for the first time 67 days after her admission and took her first steps July 3.

“What the care team has done for even this one patient is a mark of a life well lived and a purpose served,” Andrea Morian, director of rehabilitation services at Medical City North Hills, said in the release. “This is a single patient. The impact our teams have on so many more right now is overwhelming.”

Castillo told CNN affiliate KTVT that she never thought she’d get the virus.

“Maybe if I would have just listened and worn a mask, just a simple thing, I would have avoided all this,” she told KTVT. “I work at a bank, I’m always around people, but I was like, ‘I’m fine, I’m fine.’ Never did I think I’d catch it.”

The hospital said Castillo is now negative for Covid-19 and will continue her recovery at home.

Texas has the fourth-highest number of coronavirus cases in the United States, with at least 292,400 cases as of Thursday afternoon, according to a tally by Johns Hopkins University.