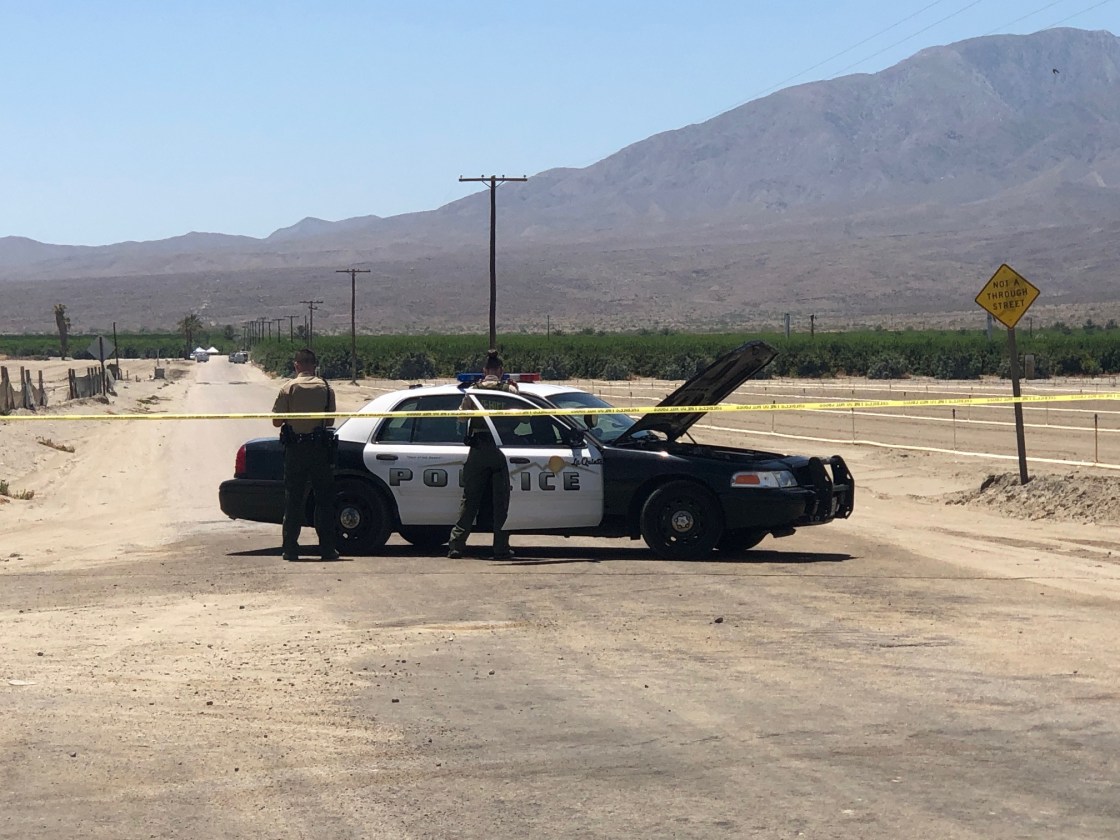 THERMAL (CNS) – A man whose body was found in Thermal was determined to be a homicide victim, authorities said Wednesday.

Deputies responded to the area of Fillmore Street and Avenue 78 at about 8 a.m. Tuesday to a report of a body, according to Riverside County Sheriff’s Sgt. Steve Brosche.

“When deputies arrived, they located an adult male who was the victim of a homicide,” Brosche said.

Homicide investigators were then called to the scene.

The man’s name and additional information about his killing were not immediately released.

Nobody has been arrested in the crime, Brosche said.

It’s at least the second homicide investigation this week in Thermal.

Another body was found last weekend about six miles away inside a vehicle found ablaze on Pierce Street, south of Airport Boulevard, according to the sheriff’s department. The incident sparked a homicide investigation after medical examiners found “evidence of homicidal violence,” officials said Tuesday.

No suspects or further details about that crime have been released, and the sheriff’s department has not said the two are connected.