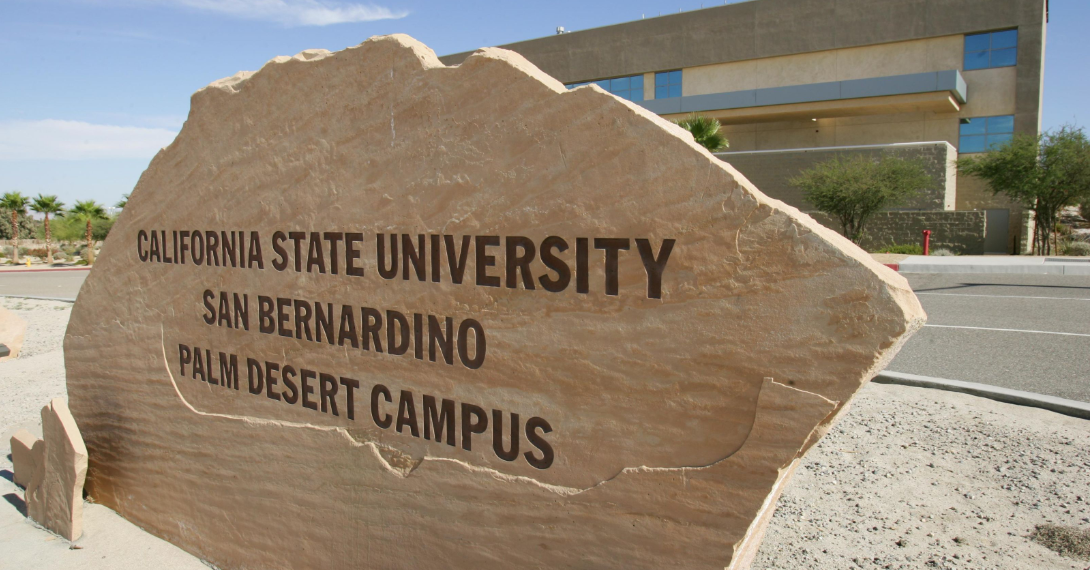 PALM DESERT (CNS) – A report on five possible sites for a future Cal State University campus, including Palm Desert, says that none of the sites would be a suitable candidate based on enrollment alone, according to report presented Tuesday to the CSU Board of Trustees.

The board on Tuesday mulled over the costs and benefits of building a new campus at one of five possible sites statewide, including Palm Desert, Concord and Chula Vista, as well as sites in San Mateo and San Joaquin counties.

Despite the conclusion regarding enrollment needs, the report says “policymakers may consider other factors when evaluating whether to locate a campus in one or more of the five regions.”

The state Legislature funded the $4 million study to assess the need for a new CSU university in the five chosen communities, which would become the 24th stand-alone CSU campus if built.

Palm Desert is home to the satellite campus of CSU San Bernardino, which sits on about 170 acres on Cook Street, comprising three buildings and a 300-seat theater. If chosen, the campus would be expanded into a stand-alone university, which would be the only one in the Coachella Valley. The University of Redlands is about a 40-minute drive from Palm Springs, and the main campus of San Bernardino takes about an hour.

Costs for the new university would range anywhere between $2 billion and $3 billion, and it could take anywhere from six to nine years to construct, according to the report, which was presented Tuesday for informational purposes only.

The report looked at statewide enrollment, and other factors, and found that building a new campus at any of the five possible sites “is not warranted based solely on enrollment demand.”

But other factors were discussed. Among them, each site’s ability to serve first-generation, underrepresented and lower-income populations. CSU San Bernardino’s Palm Desert Campus was found to comprise the highest share of historically underrepresented minorities compared to the other sites, with San Joaquin County a close second.

The study was not completed in time to account for the impacts of COVID-19 on enrollment and the transition to online learning, the report reads.

Palm Desert was also found to be among the cheapest and fastest options in constructing a full-fledged university due to pre-existing facilities on land that is already owned by the CSU system.

CSU San Bernardino’s Palm Desert Campus began offering classes in 1986 on land leased to the university by College of the Desert, according to Michael Singer, a university spokesman. The current campus on Cook Street opened in 2002 and Tuesday enrolls just over 1,600 students, Singer said, including graduate and undergraduate students.

The Palm Desert campus started out on 55 acres, but was later expanded to about 170 after the city of Palm Desert donated 114 adjacent acres to the school in 2015.