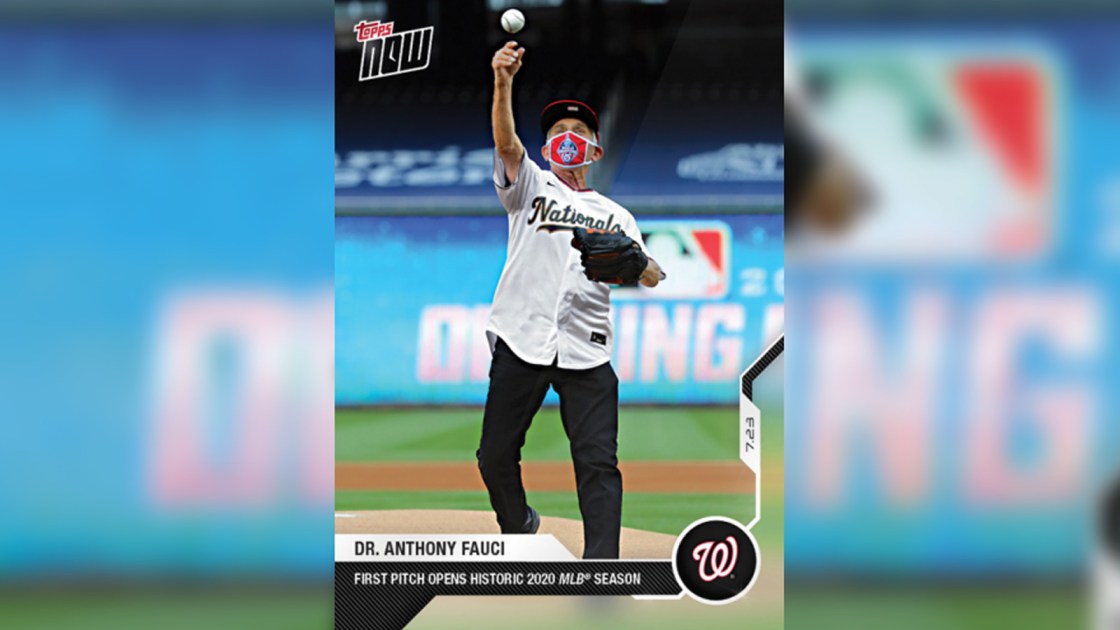 A Topps baseball card with a masked Fauci mid-pitch just became the bestselling card in the history of ToppsNow, the company’s collection of limited-edition cards.

ToppsNow cards are available for only 24 hours on the Topps site. More than 51,500 Faucis were sold when the card hit the site last week, the company said Monday.

Fauci, the country’s foremost coronavirus expert and longtime head of the National Institute of Allergy and Infectious Diseases, threw the first pitch at the Washington Nationals’ season opener against the New York Yankees in late July.

The longtime Nats fan flung the ball so far to the left of the mound it nearly hit photographers capturing the moment. His baseball card is kinder, and the caption on the back describes the 79-year-old’s pitch as “a strong effort to the plate.”

After the game, Fauci said he gave it his best, but ultimately, he miscalculated the distance to the plate.

“I don’t know if you want to call it a pitch,” he joked at an online event for the Center for Strategic and International Studies last week. “It was really funny.”

Fauci has warned sports may not return

Fauci has previously warned that sports as they’re traditionally played and watched likely won’t return for a bit. In an interview with the New York Times in April, he said “we’re not ready” for sports to return. Most professional sports leagues in the US canceled or postponed their seasons when Covid-19 became a pandemic.

The truncated 2020 MLB season, which returned last week without fans and a new set of season-specific rules, and the upcoming NBA season will help prove whether sports can survive in the pandemic. Two MLB games were canceled Monday after Miami Marlins players and coaches were confirmed to have coronavirus, throwing into question whether the rest of the season will continue.

Where the NBA players are cloistered at an Orlando facility near Disney World, in what’s colloquially known as the “bubble” where players will live, practice and play for the season, MLB teams planned to travel to each other’s home fields with a new schedule. Players are regularly tested for coronavirus and encouraged to wear masks in the dugout and in the clubhouse, but they haven’t been sequestered in the same facility outside of games and practices.