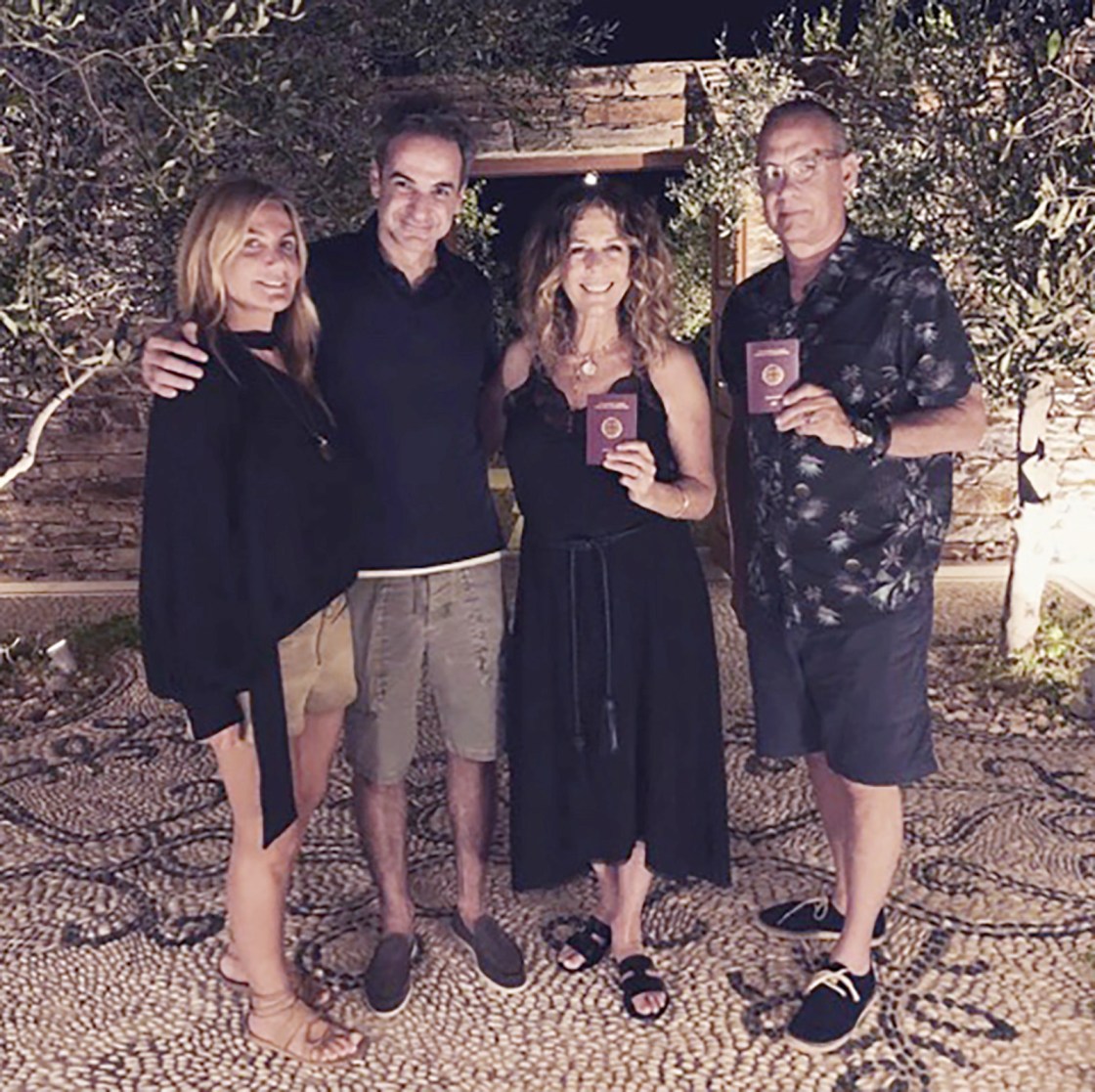 Tom Hanks and Rita Wilson have a special reason to celebrate this week: they’re both officially Greek citizens.

In a picture posted on social media by the country’s prime minister, the two proudly hold up their brand new passports.

The couple and their children became honorary Greek citizens last year — after officials highlighted Hanks’ role in helping raise awareness about the 2018 fires that devastated areas near Athens and claimed the lives of more than 100 people.

“Tom Hanks is a person who showed real interest in the people who suffered from the fire in Mati and promoted this issue in the global media,” Greek Interior Minister Takis Theodorikakos told CNN in a statement in December.

Wilson, who is part Greek, and Hanks, a Greek Orthodox convert, have often been spotted spending their vacations in Greece, where they also own property on the island of Antiparos.

The two have produced several films based on the Greek community and never shy away from sharing their admiration for the country and its people.

“I’ve been Hellenic now for the better part of 32 years,” Hanks told reporters at the 2020 Golden Globe Awards earlier this year. “Greece is a haven… I’ve been around the world, I’ve been to the most beautiful places in the world, none of them tops Greece.”

“The land, the sky, the water, it’s good for the soul, it’s a healing place,” Hanks said.