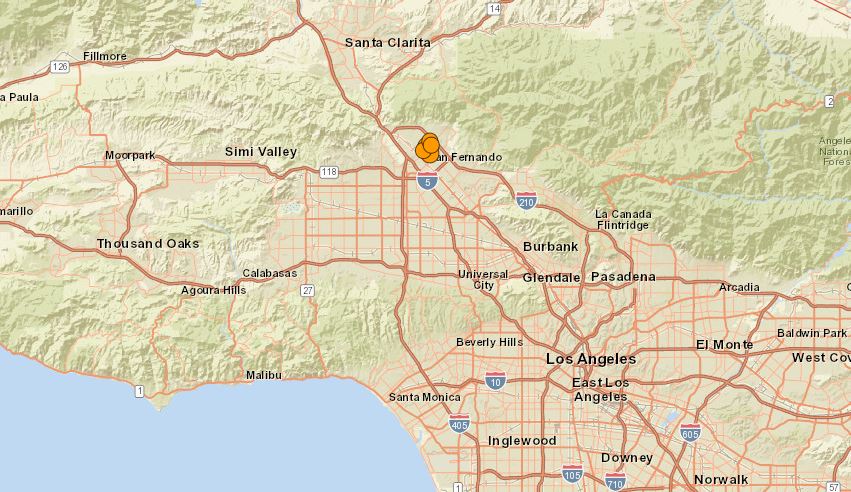 The main temblor struck at 4:29 a.m. at a depth of 4.3 miles, its epicenter 1.4 miles north of the city of San Fernando, according to the U.S.G.S. To San Fernando Valley residents, the quake was felt as a sharp jolt.

The quake was initially registered as a magnitude 4.3 quake but downgraded about 10 minutes later by the U.S.G.S. It was almost immediately followed by a magnitude 3.3 aftershock, which some San Fernando valley residents did not feel. But a sharp 3.9 aftershock hit at 6:48 a.m. and was felt where the second had not been.

The earthquake occurred in the Sierra Madre Fault Zone, said Paul Caruso of the U.S.G.S.

“The LAFD has concluded the systematic survey of the City of Los Angeles by ground and air, and is pleased to report that no major infrastructure damage was noted by our personnel in the City of Los Angeles, and that there has been no loss of life or serious injury that we can directly attribute to the (magnitude) 4.2 earthquake,” spokesman Nicholas Prange said.

The Los Angeles and Beverly Hills police departments reported normal operations, but officers at both strongly encouraged residents to be prepared in the event of a major earthquake. 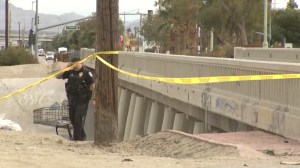