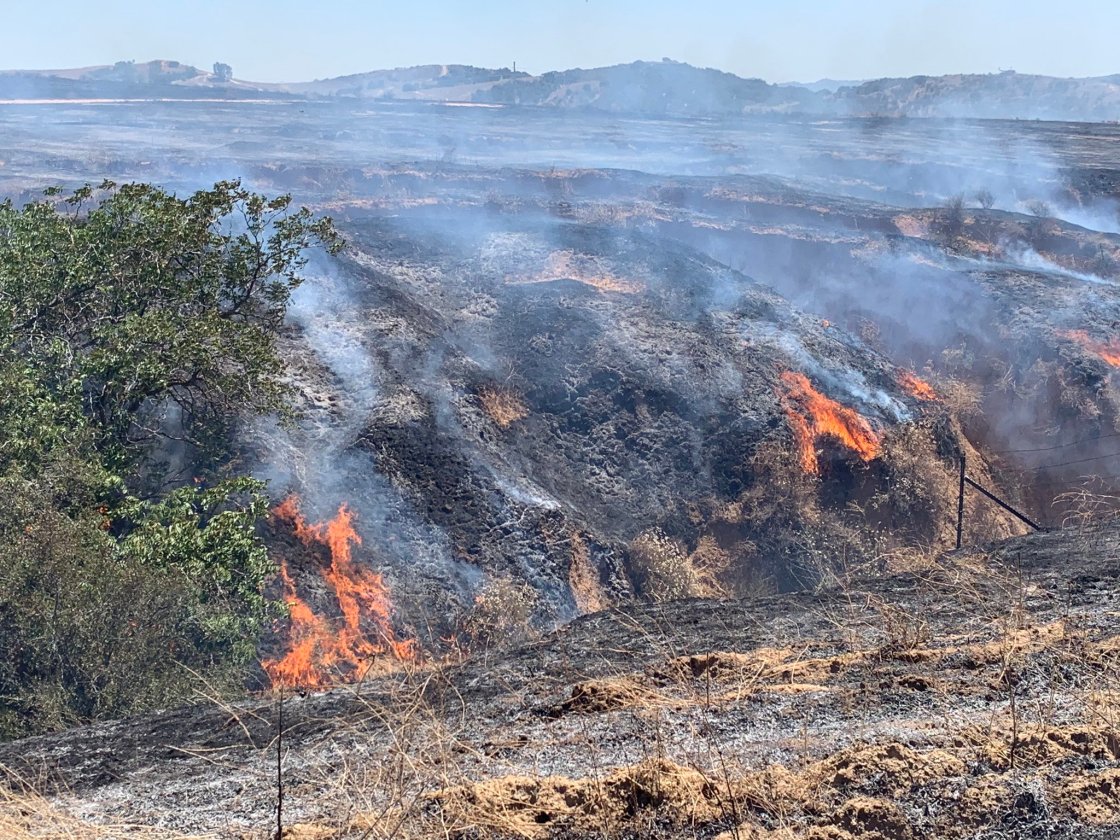 MORENO VALLEY (CNS) – A car blaze triggered a brush fire alongside the Moreno Valley (60) Freeway between Beaumont and Moreno Valley Thursday, blackening more than 30 acres within an hour.

The fire was reported about 12:50 p.m. on the shoulder of the eastbound 60, near Jack Rabbit Trail, in a barren hill-studded area known as the Badlands, according to the Riverside County Fire Department.

Several dozen engine crews from the county and surrounding jurisdictions were sent to the brusher, which was spreading to the south at a brisk pace, approaching unknown structures.

The California Highway Patrol shut down all eastbound lanes on the 60 between Jack Rabbit and the city limits of Moreno Valley for public safety, as well as one westbound lane. A SigAlert was issued at 2 p.m. because of the ensuing traffic jam.

Four Cal Fire air tankers and a water-dropping helicopter were summoned to make runs on the blaze.

The vehicle fire may have started because of an overheated engine, according to reports from the scene. The motorist was not injured, but the entire vehicle was consumed.