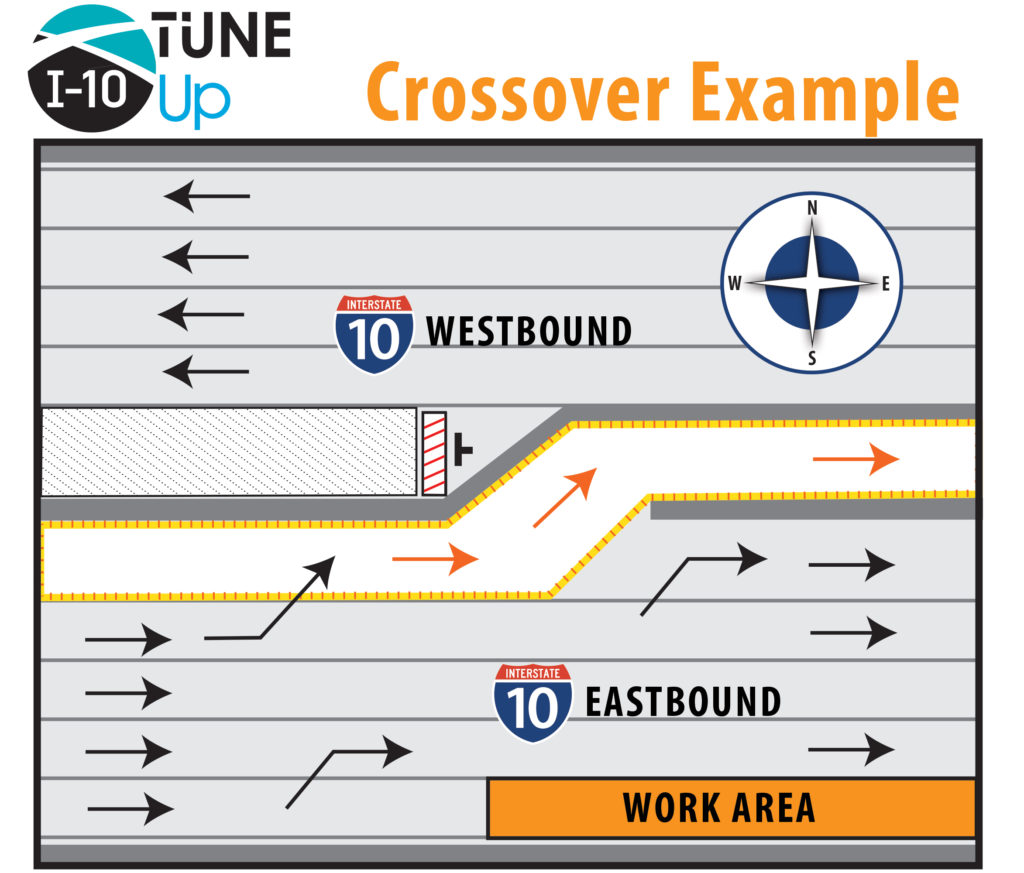 Driving Eastbound on I-10, you may find yourself crossing over to the other side of the freeway on a K rail lane.

The temporary lane opened Friday morning, and covers a five mile stretch with no off-ramps along the construction zone.

“We have about four crossovers that will take place during this project. Three of them will be similar to what’s out there today, and the fourth one will be more of a traffic split where you’ll be going around an area,” said Terri Kasina with Caltrans.

Three cars even crashed into the site’s temporary barrier before 8 a.m.

” It’s built in a good way so people have access through there, there’s quite a bit of width, and they just need to stay the speed limit, 60 mph,” said Kasinga.

To increase safety in the area, additional CHP officers will be enforcing the speed limit.

“The maximum speed limit has been reduced to 60 mph, and so California Highway Patrol is going to be aggressively and proactively enforcing that maximum speed limit and I want to remind the motorists that those fines are doubled within the construction zones,” said Commander Mike Alvarez with San Gorgiono CHP office.

Both Caltrans and CHP say to have patience, as the construction isn’t set to be finished until 2022.

“It’s going to be a very long project for the pass area, it’s not going to be going away anytime soon, and its going to change as the project moves along,” said Commander Alvarez.