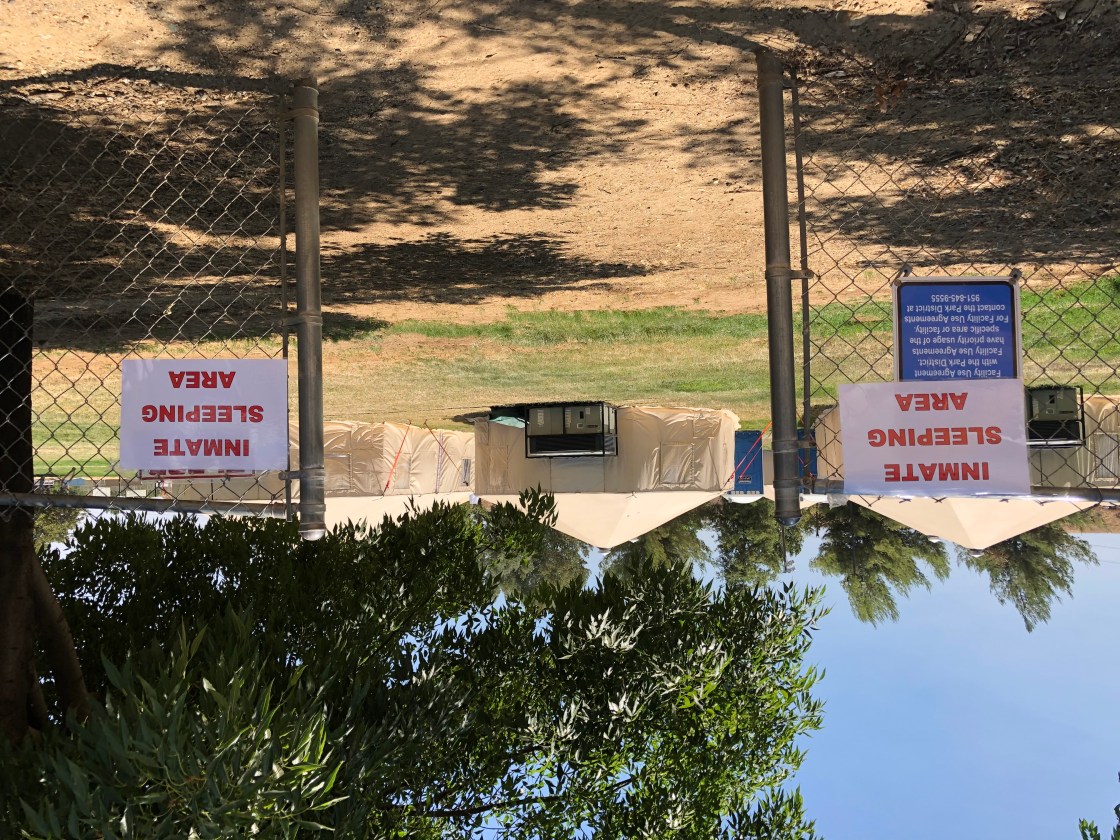 The Apple fire burns for the fifth day in a row, requiring over 2000 personnel from the state of California.

“Any large fire of this magnitude is beyond the capability of any size fire department. No matter how big you are, you have to call in other departments to help you because remember, even though this fire is going on, in riverside county we still respond to over 500 calls a day,” said Captain Herrera with Calfire.

The first responders repor to tthe incident command post between shifts to rest and refuel as the fire chars over 26 thousand acres and 12 structures.

“This is where all the brain power happens to fight the fire and where the management team comes in. This is where the firefighters get fed, where they sleep, and how they get paid,” said Kate Kramer with the San Bernardino National Forest.

Captain Herrera with Calfire says it’s necessary for firefighters to have a designated place to cool off, especially over summer.

“Our firefighters are holding up as best they can. It’s very demanding and challenging for them to be out here day after day. Sometimes working 12 hour shifts or more, being exposed to the hot elements,” said Capt. Herrera.

As Calfire crews deal with the large Apple fire, they’re relying on the help of over 300 inmates from across southern California.

The inmates pass a level of training required to serve as a firefighter.

“They’re trained in a crew of 15 with a leader that would be a captain. They’re always under the supervision of corrections enforcement officers that will always be there to oversee them should there be a problem, but these crews do a lot of hard work,” said Capt. Herrera.

The inmates are serving for minor in fractions, and are constantly monitored. And captain Herrera says their efforts are essential.

“They go along the perimeter of the fire and they start clearing up wherever we can’t get in. They come in and start clearing up vegetation. They put in a lot of hours and are really strong, it is a program in Calfire that’s been very successful,” said Capt. Herrera