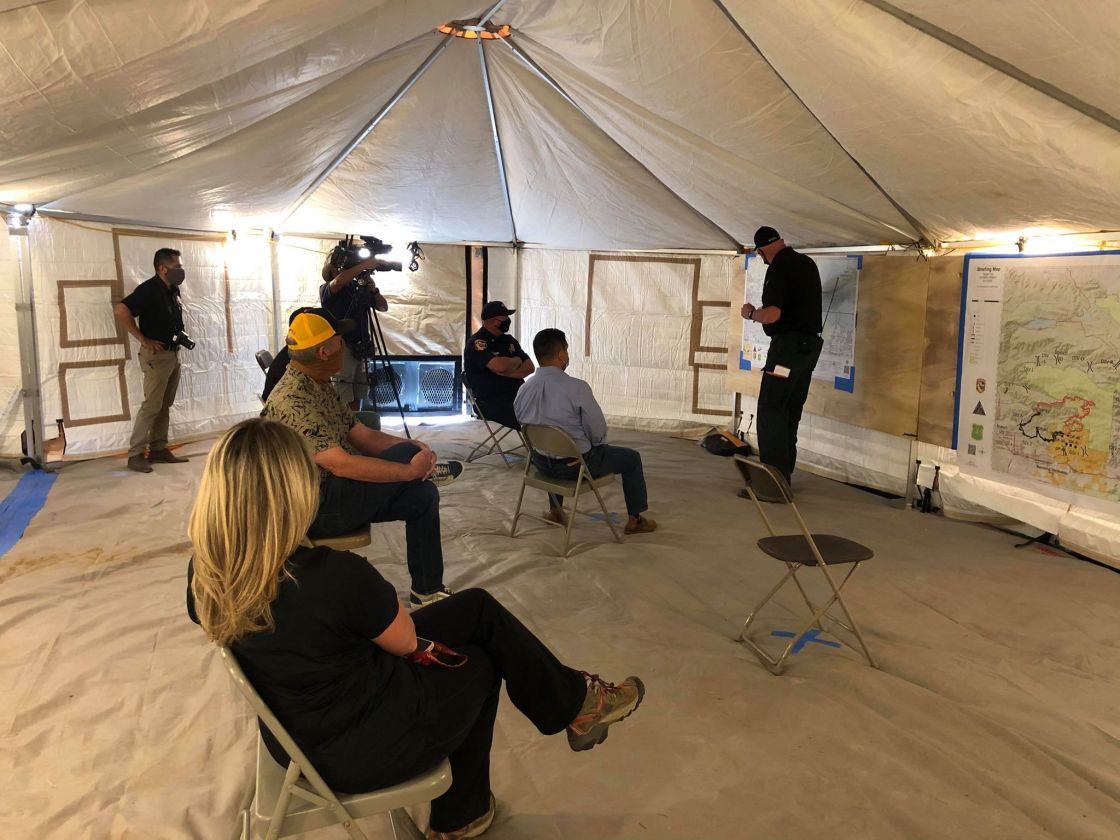 The Apple fire was very active over night, burning through the San Gorgonio Wilderness area in the San Bernadino National Forest.

“We’re advancing significantly over the last 24 hours. We’re concentrating on an area that is still pretty active, pretty hot. There’s always a possibility when you have wind, especially if you have a north wind, the fire could burn back down into the Oak Glen area,” said Capt. Herrera with Calfire.

Oak Glen remains under a mandatory evacuation, and fire crews are carrying out a number of tactics to prevent further progression.

“Concentration is still working on the eastern front very heavily, trying to get the upper hand on it, and trying to get our aircraft to put that retardant on that and slow it down,” said Capt. Herrera.

The current cost of the Apple Fire is $10 million, but fire officials say that could grow up to $40 million by the time the flames are extinguished.

On Wednesday Congressman Ruiz met at the Incident Command Post in Beaumont with officials for a briefing to discuss funding.

“75 percent of certain costs are being handled by the federal government. If the counties declare a state of emergency then the state will declare a state of emergency. If they don’t have the resources or the capacity to reimburse or to deal with this fire… the federal government will have more of the line-share to deal with the cost of this fire,” said Rep. Ruiz.

Fire officials also say one added expenditure includes the extra sanitization stations and trailers, all necessary during the pandemic.

“That’s why I’m here, to understand the nuances of the challenge during the pandemic, the potential challenge to my constituents through the county. We’re trying to be two or three steps ahead to determine where those funding sources will be,” said Ruiz.