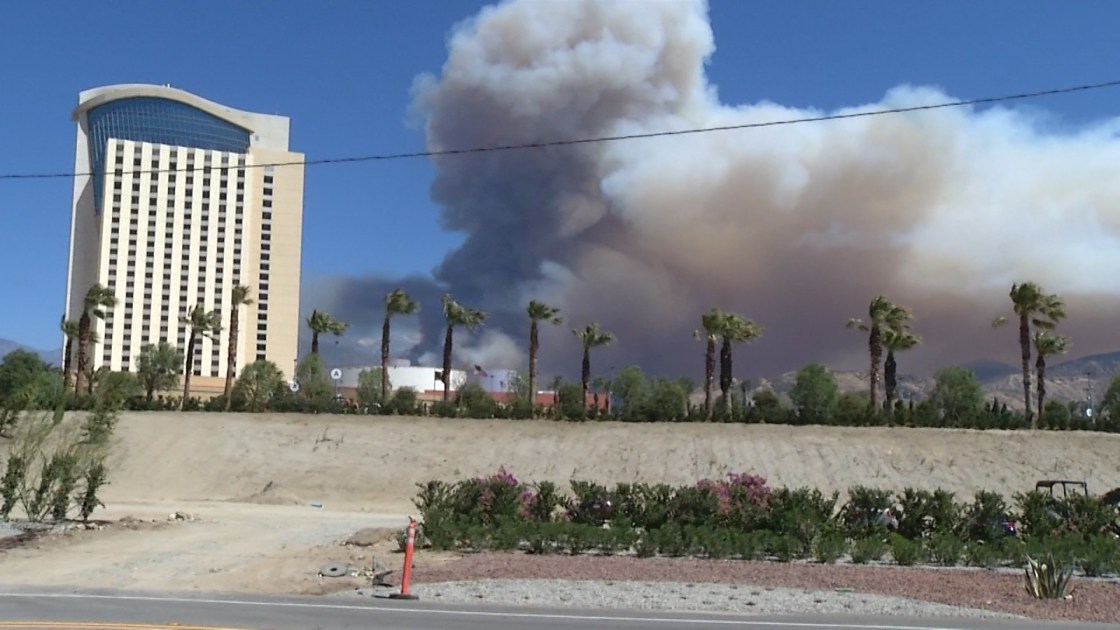 The Apple Fire stands at 35% containment and has burned up to 32,000 acres. Firefighters conducted a planned burn operation that made it seem like conditions were worsening, but fire officials tell us the story is just the opposite as conditions have improved.

“Everybody saw this huge plume of smoke yesterday thinking that the fire had gotten out of control. that was all the fire operation that we were doing well inside, between Potrero and Millard canyon,” explained Captain Fernando Herrera with Riverside County Fire Department.

NBC crews were near  White Water Canyon and fire officials tell us that, that big massive plume of smoke we saw here on Friday might have looked close but it was actually about five miles from where the area.

“Basically there is nothing left, there’s no hot spots, very little hot spots here and there, but it’s well within the burn itself, it’s not going to go anywhere because there is no fuel for it. so most of the crew are going to concentrate on moping that up,” added Herrera.

And as crews continue to work hard, evacuation orders have been lifted for the Oak Glen area of San Bernardino.

“The only warning that remains in place right now for the riverside county area is the area from potrero canyon, west of highway 62 and then north to the county line,” said Herrera.

After Fridays burn operation, the next step is to re-evaluate where the fire stands. Officials hope to have this fire out by mid-August.

“If everything works out, then by the 17th of August, we’re looking at having this fire completely controlled,” explained Herrera.

Crews also want the public to know that fighting this fire has been physically challenging contributing a tough terrain to slowing down their containment.