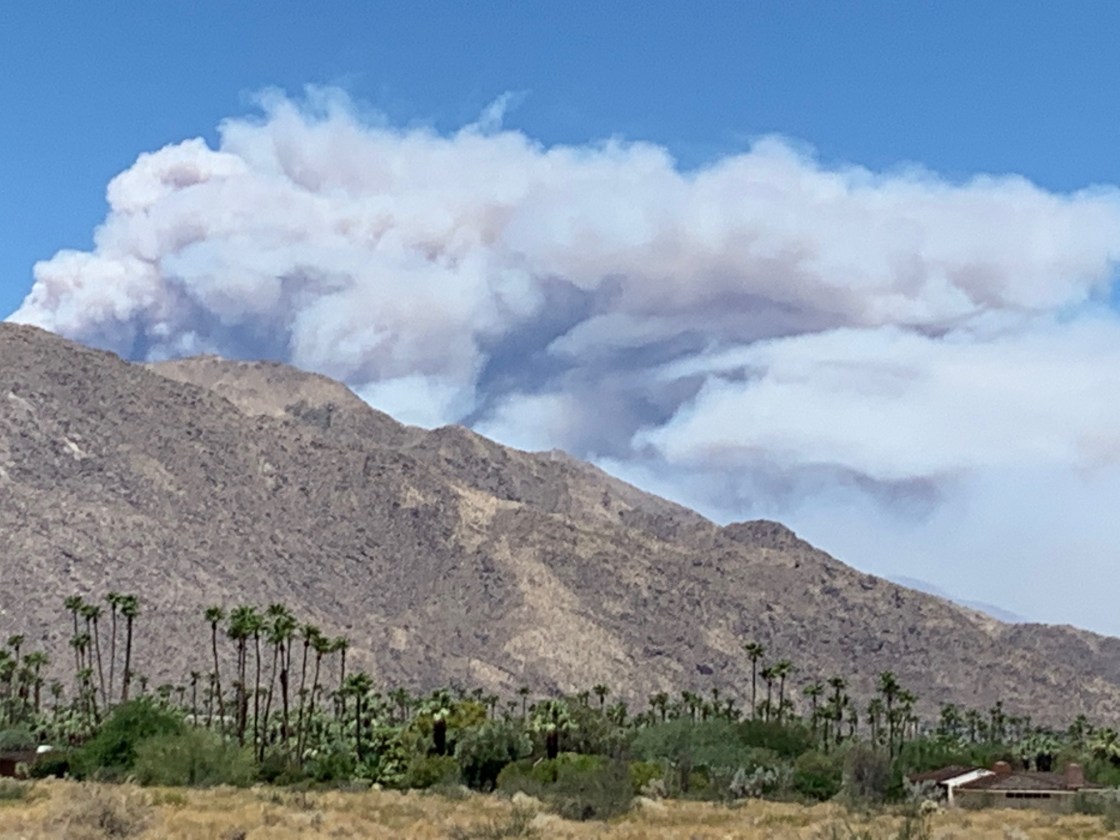 Firefighters report significant progress in slowing the advancement of the 32,412 acre Apple Fire.  The blaze, which was sparked on July 31 by an automobile exhaust system, has burned four structures and injured two firefighters.  As of early Saturday afternoon, the fire was 35% contained, up from 30% on Friday.  Just over 2800 firefighters and support staff remain on the blaze.  Ground crews are being aided by 18 water dropping helicopters, 276 engines, 24 bulldozers, and 40 water tenders.

As of Saturday morning, Cal Fire said they will be concentrating on shoring up lines on the eastern flank of the massive blaze.  It was on that eastern flank where a series of back fires were set on Friday, creating the largest smoke plume yet in the eight day firefight.  By comparison, only light smoke was visible Saturday afternoon looking northward from the Coachella Valley.  Those back fires reduced fuel in advance of approaching flames. 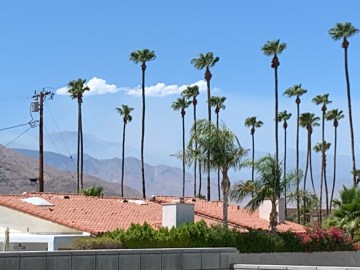 Cal Fire reports the fire has stayed in place in the San Gorgonio Wilderness to the north. Sunday, two teams of firefighters will be flown to the area and will begin to build perimeter control lines around the northeast portion of the fire, primarily in the wilderness.

The southern portion of the fire remains in patrol status.

Smoke from the Apple Fire has impacted communities to the east including Morongo Valley, Yucca Valley, Joshua Tree, and Twentynine Palms. Unhealthful air quality can result in the exacerbation of some medical issues, especially lung problems. Residents with medical issues affected by smoke are encouraged to stay indoors and avoid strenuous activity is smoky conditions.

Warmer and drier weather is forecast with lower humidity, however winds are expected to be lighter than the have been the past several days.  Expected control of the fire is still more than a week away.