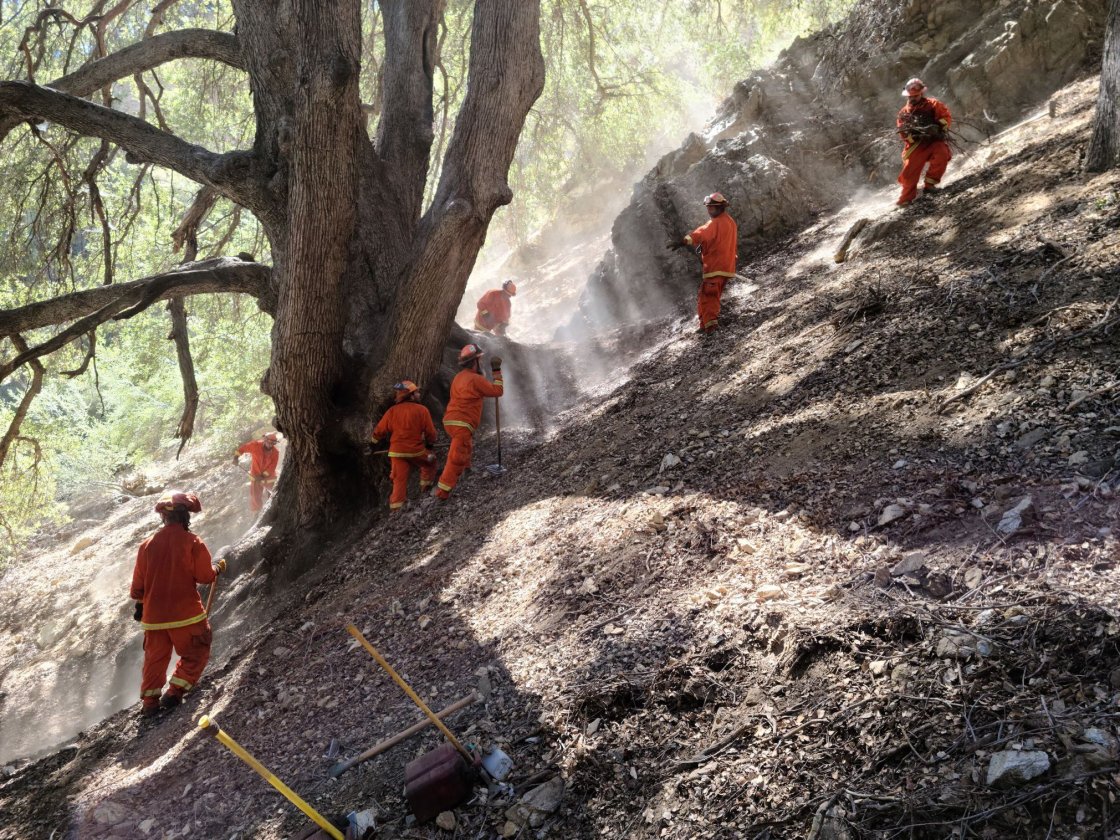 Whenever we see wildfires in California, the biggest priority is always to save lives and property but for the Apple Fire, there was an unusual challenge: to save what some call a “national treasure”.

It’s called the Champion Oak Tree and the name says it all. The tree is estimated to be between 800 and 1,000 years old and it almost didn’t make it another year but thanks to a special crew, it lives on.

“They were going up to save the largest oak tree in North America,” Tim Krantz, the Botanic Garden Director at Oak Glen preserve, said.

Krantz said when he woke up and saw the flames moving toward the tree, he “knew right away what we had to do.”

Of course, he needed a team. A group of 30 inmates was assembled to help Krantz with the task.

“It was a special crew, it was a convict crew.”

They had no idea what they were getting into when it came to the hike to get there.

With the fire quickly approaching and water drops just a hundred meters up the slope from them, the team got to work.

“It was really exciting with the helicopters right above us and the guys working hard,” Krantz said. “It took them about two hours of work for 30 guys to clear that brush and save that tree.”

The successful mission made Krantz and his crew feel like the ‘champions’ for the day.

“It really made us all very proud I think.”

On Monday, there were still some spot drops but the fire is under control in the Oak Glen area and the apple orchards are still in business.

LocalNews
Anne Heche is 'brain dead' but remains on life support for organ donation, according to family statement
News Staff