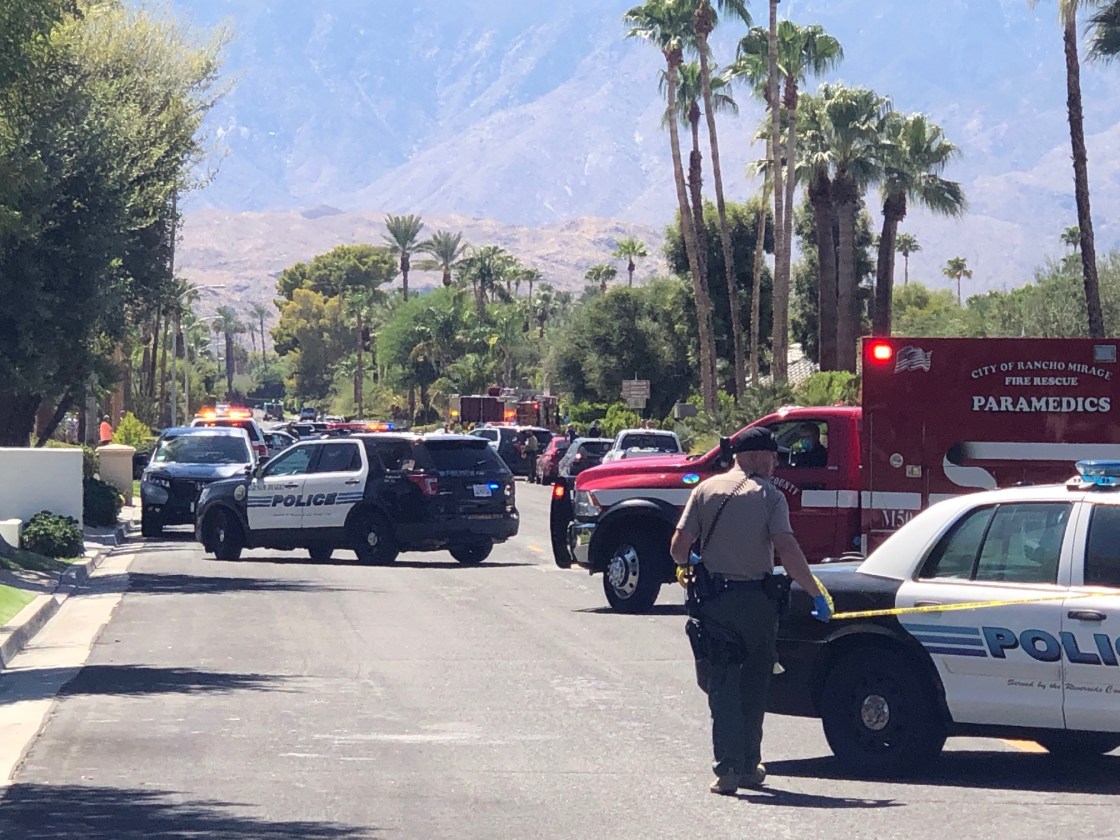 RANCHO MIRAGE (CNS) – A man who authorities say was fatally shot after stabbing a Riverside County sheriff’s deputy multiple times in the neck and head with a screwdriver in Rancho Mirage was publicly identified Monday as a 33- year-old Cathedral City resident.

The deputy was responding to a suspicious person call about 2:40 p.m. Aug. 7 in the 70000 block of Tamarisk Lane, near Palm View Road, when he encountered a man matching the suspect description, according to Sgt. Deanna Pecoraro.

Sheriff Chad Bianco wrote on his Facebook page that night that the deputy was responding to a call stemming from a “suspicious man trying to gain entry into a house” and was “immediately assaulted and stabbed multiple times,” resulting in his hospitalization.

“He was able to remove himself from the attack long enough to draw his gun, stopping the attack and killing the suspect,” Bianco wrote. “Thank God the deputy did exactly what he should have done under the circumstances.”

The suspect, identified as Jeffery Monroy, was pronounced dead at the scene, and the screwdriver was located nearby, Pecoraro said.

The deputy, who was not identified, is recovering from his injuries, Pecoraro said.

Per the department’s policy in shootings involving its personnel, the deputy was placed on administrative leave.

“We thank the community for all the support and positive thoughts that have been sent our way during this time,” Pecoraro said.

Investigators with the Riverside Sheriff’s Office are on the scene of a fatal deputy-involved shooting in Rancho Mirage.

The incident took place just before 3 this afternoon in the 70-000 block of Tamarisk Lane.

Officers were responding to a suspicious person in the area.

According to Sgt. Deanna Pecoraro with the Riverside County Sheriff’s Department, the deputy located the suspected suspicious person who then assaulted the deputy.

During the assault, the deputy was also stabbed and that is when the deputy-involved shooting occurred, according to  Sgt. Pecoraro.

Neighbors in the area say they heard about 5 shots before dozens of officers swarmed the neighborhood.

The officer was transported to an area hospital and is in stable condition.

The suspected suspicious person died at the scene.

A deputy involved shooting occurred around 2:38 pm this afternoon in the 70000 block of Tamarisk in the city of Rancho Mirage. More details will be provided as they become available.