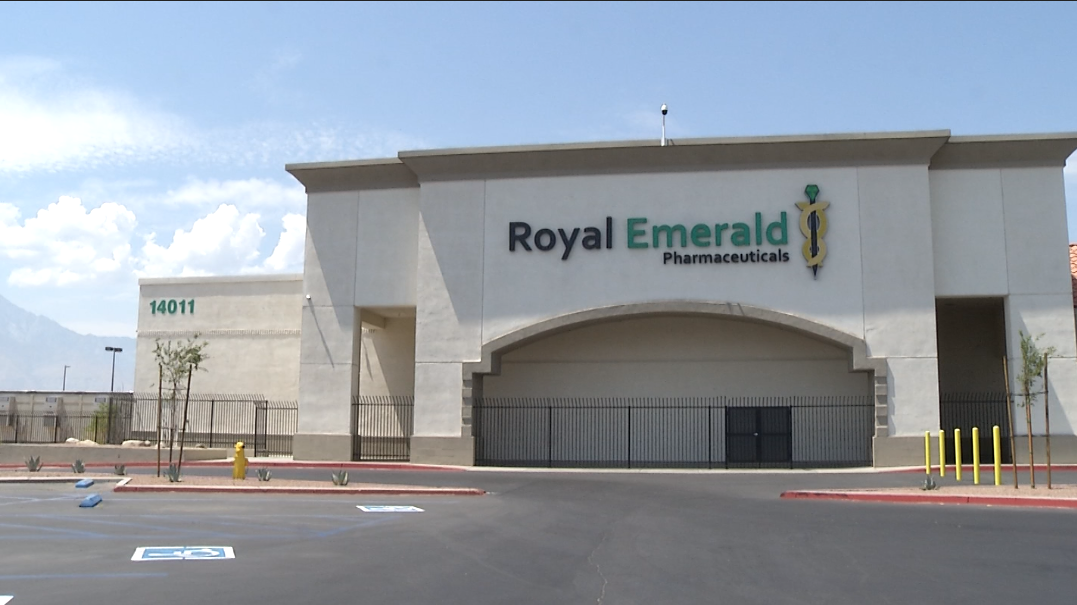 Long before Royal Emerald Pharmaceuticals, Desert Hot Springs had been the leader in marijuana cultivation in the state, now the city is hoping this massive new site will not only bring jobs to the city, but change the perception.

Mark Crozier, the CEO of Royal Emerald Pharmaceuticals — wants to make it clear that his three-million-square foot facility is not a dispensary, they’re focused on science, research and development.

The company is already the first in the nation to get a government contract to work on medicine derived from THC and CBD. As of now the company is working on getting approval from the Food and Drug Administration.

“Nobody has done clinicals, nobody knows the attributes. Nobody will know what it will or won’t do, that’s what we are going to prove or disprove,” said Crozier.

The facility will manufacture non-addictive medicine and will be used to treat veterans and first responders that suffer from post traumatic stress disorder.

“Unfortunately for a lot of people the opioid addiction, the pain medication, everyone gave soldiers opioids and now we have a huge opioid problem with veterans,”  said Crozier.

City officials say the scientific facility will change the perception of Desert Hot Springs. Additionally it will bring  400 jobs to help have the lab fully operated. However some residents are concerned that the cultivation can end up in the wrong hands

While the facility is located in a public parking lot, the building is secured with a black gate with high level security constantly monitoring anyone trying to trespass.

“The cannabis industry came in and we made policies strong with high visible security measures,” said Scott Matas, Mayor for the city of Desert Hot Springs.

This facility will also provide a 200-bed facility for opiate addiction in recovery by 2021.