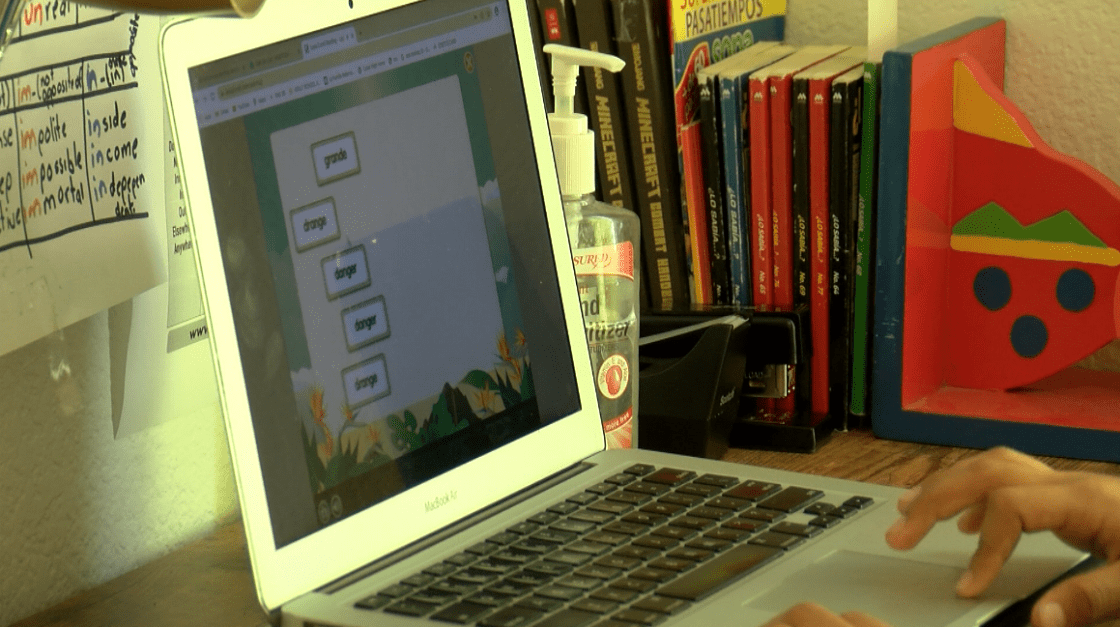 Online learning for students in the Coachella Valley has started at home with I-Pads and hotspots, but Breanne Munoz and her kids live in Thermal and they resorted to trying to access their zoom class on a cell phone.

“We needed hot-spots, but unfortunately we weren’t given any, because they ran out of hot spots,” said Munoz

Munoz explained she took the district’s survey and informed them that she needed a hot spot, but was still not granted one.

“They didn’t use the information to distribute hot-spots, according to who took the survey,” said Munoz.

The district says they did follow the response rate, but more parents have expressed the need for tools.

“We were able to pass out three-thousand, we’ve ordered 15 hundred more for those families that still need some type of connectivity,” said Josie Paredes, Assistant Superintendent at Coachella Valley Unified School District.

Now more than 20 school busses with WIFI have been assigned to park on several streets during school hours to help families without internet, but those buses are only headed to North Shore and Salton City.

“In my particular area there has not been one bus,” said Munoz.

CVUSD says families can reach out to the district’s IT team if they don’t have the tools. However Munoz says she’s already done that and all they did was place her on a wait list.

“If there are areas where we see that our kids are still not connecting then we will move our buses there until we get more hot spots,” said Paredes.

With the lack of internet connectivity, Munoz continues to feel  frustrated. She says she is a working mom who is struggling to balance her job and online learning.

“Right now for students who can’t connect, they have no plans or they’re not doing anything for their education,” Munoz said.

NBC Palm Springs reached out to the district and they stated they have discussed Munoz case and will help her meet her needs.