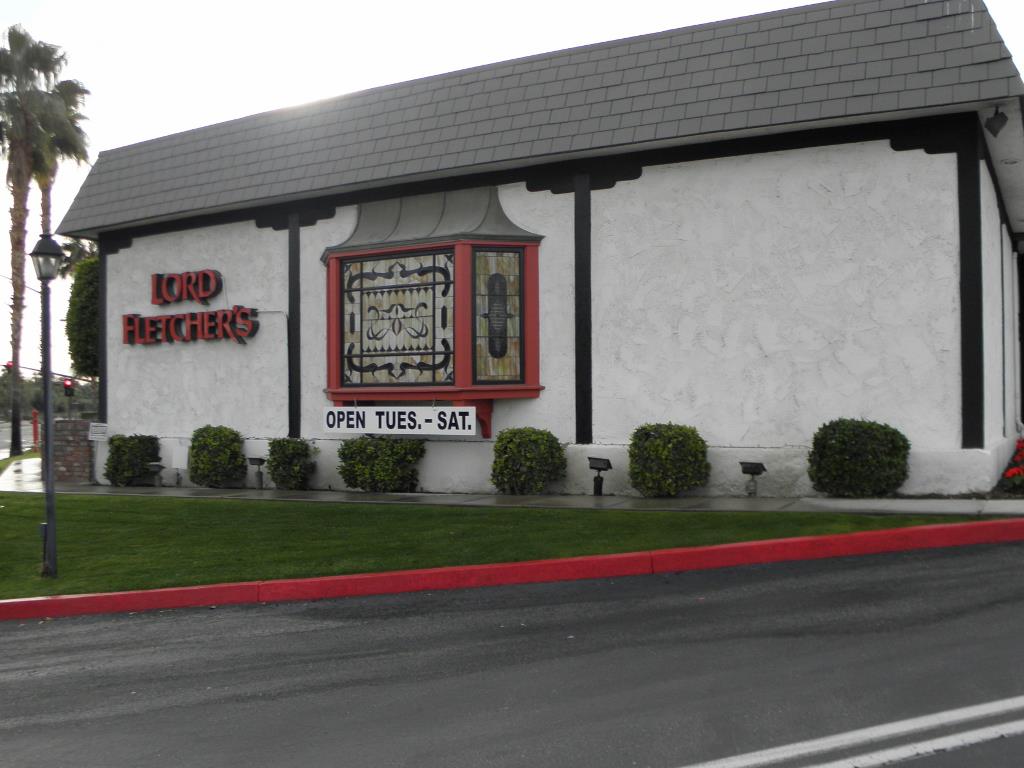 The Rancho Mirage community has been posting reactions on social media about the sale of Lord Fletcher’s, a landmark in the area since 1966.

The restaurant is owned by the Fletcher family who say the sale isn’t directly related to COVID-19, but acknowledges it’s been a difficult year for restaurants.

The iconic building with gold and maroon doors was one of the first prominent restaurants in Rancho Mirage.

“They have been credited for starting restaurant row because no one was daring enough to put a restaurant out there. Ron Fletcher had a strong clientèle from Thunderbird country club, and people started to realize he could really cook a good prime rib,” said Bruce Fessier, a historian and journalist in the Coachella Valley.

The 4,000 square-foot restaurant has served the likes of Frank Sinatra and Lucille Ball, both known for putting Palm Springs and the Coachella Valley on the Map.

Lord Fletcher‘s is one of those rare entities that not only served movie stars, but was in the movies.

It’s also one of those places where people might say, “if only these walls could talk.”

“Alan Sheppard was the first astronaut in space and he became a friend of the Sinatras. One day Sinatra took him to Lord Fletcher‘s and he went up to the bar and they started singing Fly me to the Moon. It was one of those only in Palm Springs moments,” said Fessier.

The building itself is like an old friend to those who pass by, and the same can be said about the people who are this establishments back bone.

”I mean that’s one of those things that people who came here 20 to 25 years ago and saw the same place, same people. That is what Palm Springs has always been about,” said Deborah Quinn, owner of Pastry Swan.

The owner says he hopes someone will buy the restaurant and carry it on, but doesn’t know what the future holds.

But as one memorable location closes, another opens.

“We have two dueling thirty foot water slides and a 400 foot lazy river with some water cannons and plenty of tubes. It’s another great way to beat the heat,” said Matt Rapping, Director of food and beverage at Hyatt Indian Wells.

There is a new cafe and lifeguards monitor the area.

HyTide is now one of two water parks in the Coachella Valley and the hotel staff says it’s been a great opportunity for staff.

“The best part of my job this year has been bringing people back to work. So with the opening of this that presents opportunities for people to get hours every single day,” said Rapping.

The Hyatt Indian Wells has been at half capacity since the pandemic began, but they’re hoping the new water park will attract tourists to the Coachella Valley throughout this difficult year.