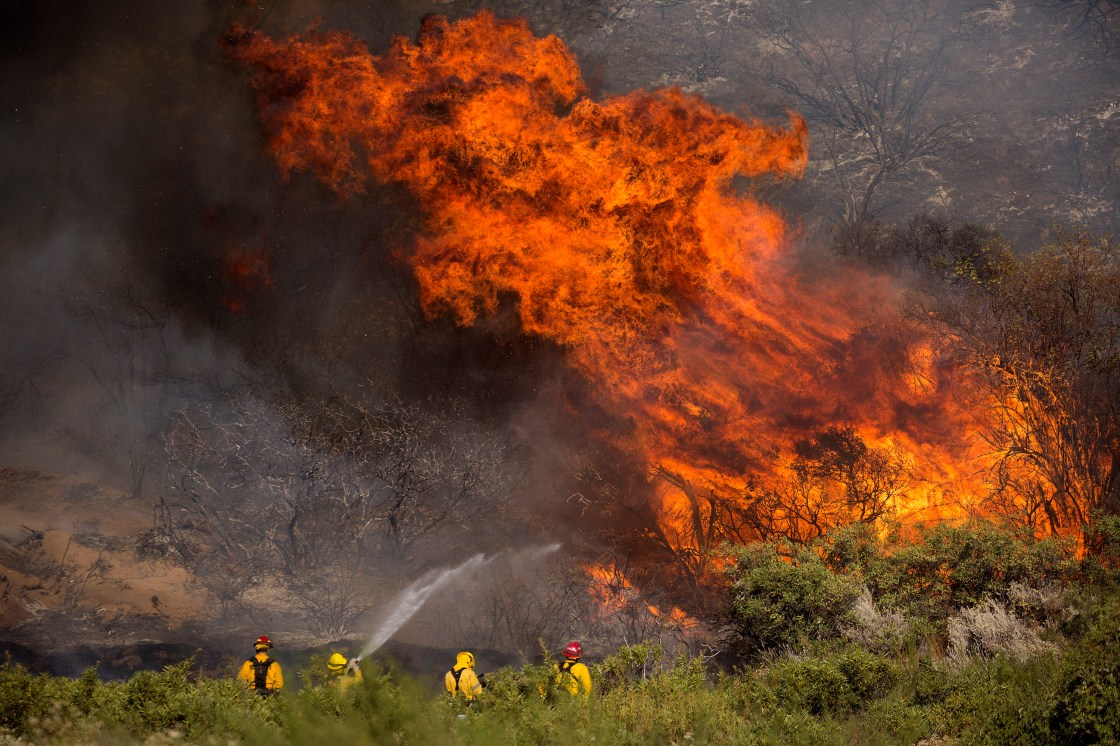 California is under siege, hundreds of thousands of acres are on fire across the state.

“Eleven thousand lightning strikes in a four day span that resulted in over 370 fires across the state, there’s about 25 of those that are large we’re dealing with right now, over 10,000 firefighters on the front lines,” says Bryan May, the chief information officer for the California Office of Emergency Services, or Cal OES.

Cal OES is coordinating the state’s mutual aid system, made up of fire department crews from across the state, to fight the fires. Inside a building outside of the state’s capital, the state has every resource and expert available to help plan and respond to emergencies 24 hours a day 7 days a week. It’s been operational since the beginning of the pandemic.

May says everyone there is juggling both emergency responses, the pandemic and the massive wildfires, “We are certainly taxed to the very limits right now, normally California has the most robust mutual aid system in the country and that means we’re able to pull firefighters from San Diego all the way to Siskeu County but when we’re seeing fires literally from the northern part of the state all the way down to the southern parts then we can’t move them around as much because they’re already fighting fires … it’s been challenging and it’s been unlike anything that we’ve ever seen.”

Captain Fernando Herrera says Cal Fire Riverside County Fire Department is part of that mutual aid system a valuable resource to all communities especially during these kinds of fires, “No department is big enough to handle a siege that just continues.”

He says they’ve sent out over 200 personnel with dozens of fire rigs and equipment and may send in even more, “Very exhausting for our firefighters, physically challenging they’re on for several days, they could be on for 14 up to 21 days before they can get a chance to rest.”

But the crews at local stations aren’t faring much better. When the governor declares a state of emergency, it means all hands on deck.

“Through the executive order the governor put out, days off are canceled, folks remain on duty, that gives us the ability to staff reserve engines and any type of other equipment that we need to keep functioning day to day,” says Herrera.

Herrera says many of inmate fire crews the state relies on are sick with COVID-19, putting more stress on a system stretched thin, “We’re down to half of what we used to have so technically now we’re down we’re probably less than 80 crews statewide.”

To fill their void,the state is hiring hundreds of seasonal firefighters, training national guard members as firefighters and calling on other states for resources.

“We’re doing everything possible around the clock to try and meet this moment,” says May.

Cal Fire Riverside County Fire Department and Cal OES urge everyone to be prepared for all emergencies, especially wildfires.

For more information on how to get ready click here: Ready, Set, Go