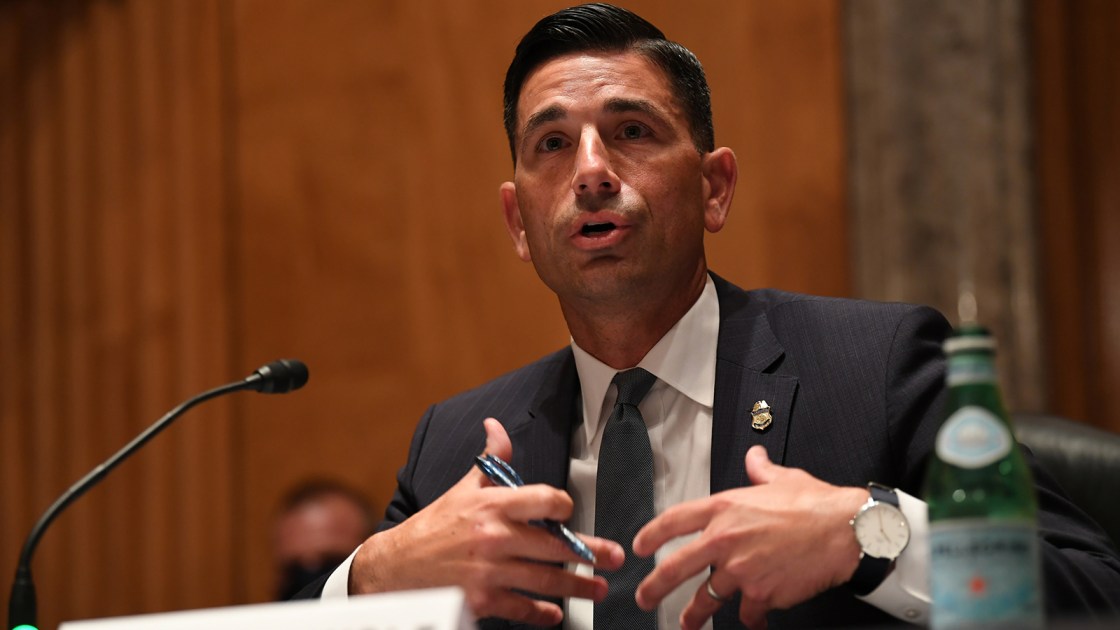 The Department of Homeland Security’s acting secretary on Sunday cast doubt on the department’s authority to send its agents to polling locations after President Donald Trump said he would deploy law enforcement in November to protect against voter fraud.

“We don’t have any authority to do that at the department,” acting DHS Secretary Chad Wolf told CNN’s Jake Tapper on “State of the Union.”

Asked by Tapper if Trump had asked him to send law enforcement officers to polling centers, Wolf replied: “No, absolutely, he has not. Again, that’s not what we do at the Department of Homeland Security.”

Federal law prohibits intimidation at the polls and makes it illegal for any “civil” or “military” federal officer to order “troops or armed men” to polling places, unless needed to “repel armed enemies of the United States.”

Wolf also said Sunday that there was no intelligence that foreign entities are attempting to hack into voting systems to interfere in the upcoming election, a threat the US intelligence community’s top election officials have longed warned about.

“We don’t have any intelligence that says they are attacking election infrastructure specifically, which is again what the department focuses on, but we do know about the disinformation campaigns and China, Russia, Iran, all go about that a little differently,” Wolf told Tapper.

“We’re working with other elements of the federal government to address those. We want to make sure at the end of the day that voters, American voters, are deciding American elections,” he added.

Last month, the US intelligence community’s top election official, Bill Evanina, said during a closed-door House briefing that it would be “extraordinarily difficult” for foreign powers to change actual votes — as the President repeatedly alleges.

“The diversity of election systems among the states, multiple checks and redundancies in those systems, and post-election auditing all make it extraordinarily difficult for foreign adversaries to broadly disrupt or change vote tallies without detection,” Evanina said in his statement.