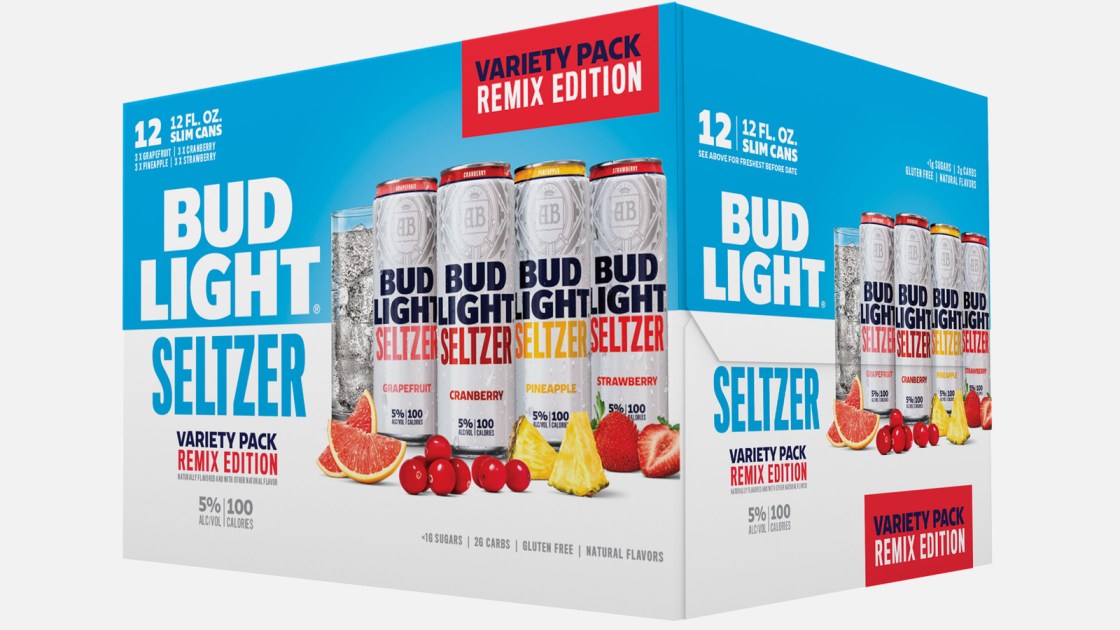 Bud Light Seltzer, which was released in mid-January, is the “largest and most successful innovation” in Bud Light’s 38-year-history, the company’s VP of Marketing Andy Goeler told CNN Business. In less than a month after hitting the market, it became one of the country’s top-selling hard seltzer beverages.

Now Anheuser-Busch InBev is launching a “remix variety pack” with new flavors and DJ Khaled as its spokesperson. The 12-pack of 12-ounce cans will include the new cranberry, grapefruit and pineapple flavors, as well as the fan-favorite strawberry flavor. Previously released flavors include black cherry, strawberry, lemon line and mango.

The seltzers have an alcohol content of 5% and they are 100 calories each.

The hard seltzer category is growing at a fast pace, and Anheuser-Busch holds a big spot in the market. Anheuser-Busch had a 13.9% share of the seltzer market this year through the week ending August 16, according to IRI data.

Bud Light Seltzer is a crucial product for AB InBev, as beer sales have slowed in recent years.

“The continued triple-digit growth for hard seltzers is one of so many signs that hard seltzers will not slow down,” Danelle Kosmal, Vice President of Beverage Alcohol at Nielsen, told CNN Business.

At the beginning of 2018, just 10 hard seltzer brands were on the market, according to a Nielsen report. That number rose to 26 brands by early 2019. “More than 65 brands are now fighting for consumers’ attention and purchase,” according to Nielsen.