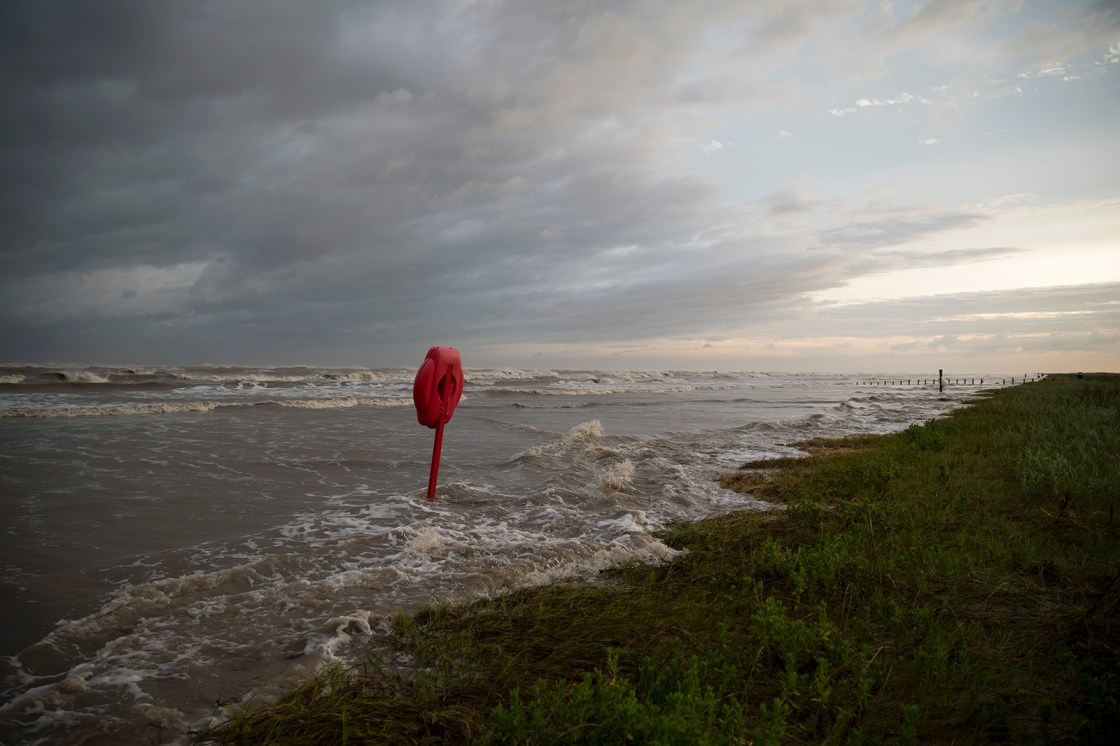 An extremely powerful Hurricane Laura has ripped apart portions of Louisiana and far-eastern Texas, killing at least three people and tearing up roofs while knocking out power for hundreds of thousands after first roaring ashore as a Category 4 storm.

Louisiana’s Lake Charles city, littered with storm damage, also was dealing with what the governor said was a chemical fire at a plant in the area Thursday morning, with large plumes of smoke rising in the sky.

The fire moved Gov. John Bel Edwards to urge residents to take shelter, turn off air conditioning units and await instructions from officials. Details about precisely what was burning, and whether it related to the storm, weren’t immediately available.

Communities including Lake Charles, some 35 miles inland, are littered with widespread wind destruction. Across the city, roofs and walls are damaged, trees are snapped, twisted and broken; steel poles and lampposts are bent; street signs are torn from the ground.

“The damage is extensive,” Edwards told CNN. “It appears now we have more structural damage from the wind” than storm surge.

More than 1,500 search and rescue personnel, plus 400 boats and high-water vehicles were headed Thursday morning to the worst-hit places, Edwards said. Winds were still too strong for helicopters to fly.

At least three people have died after trees fell onto homes in Louisiana: a 14-year-old girl in Vernon Parish; a man in Jackson Parish; and a 60-year-old man in Acadia Parish, authorities have said.

In Lake Charles, Paul Heard left his house just as the storm was pulling part of the roof off around 1 a.m., he said.

He took shelter in his car. As he watched from 25 feet away, he “could see my roof was heaving up and down several inches.”

“There’s a lot of damage. People are going to need a lot of help around here,” Heard told CNN.

Laura tied with a hurricane from more than 160 years ago for the strongest storm to hit Louisiana. The 1856 hurricane also had winds of 150 mph when it made landfall, CNN meteorologist Brandon Miller said.

More destruction is ahead: Parts of northern and central Louisiana still were under a hurricane warning late Thursday morning, as the storm’s center pushed toward Arkansas.

“Laura will likely set the standard for a near worst-case scenario with a landfalling tropical system in our region,” the National Weather Service’s Shreveport, Louisiana, office wrote Thursday morning.

Still a threat: As of 10 a.m. CT, Laura was a Category 1 hurricane with maximum sustained winds of 75 mph winds, headed north. Damaging wind gusts are possible in parts of northern Louisiana and Arkansas though Thursday evening, the National Hurricane Center said.

More rain: From late Thursday morning onward, Laura was expected to drop another 4 to 8 inches of rain across parts of Louisiana, Arkansas and Mississippi. Isolated amounts of 18 inches are possible in Louisiana, the NHC said.

Storm surge: EMA Administrator Peter Gaynor said Thursday surges may not have been as high as feared a day earlier. The NHC says waters near the coast were elevated but would subside Thursday afternoon.

Power out: More than 709,000 customers in Texas and Louisiana were without power Thursday morning, according to PowerOutages.us.

Crawling out from a barricade to find the roof is gone

Details about the breadth of damage were accumulating as Thursday wore on.

Wide portions of Crystal Beach, Texas, near Galveston have been flooded. Water flowed over fields and roads, video from CNN affiliate KTRK showed.

In Louisiana’s Lake Charles, Tolor White Jr. had dozed off while doing a crossword puzzle under a makeshift “barricade” made of a table and some mattresses. He awoke around 1:15 a.m. to a loud noise, he said.

Part of his roof had been torn off. Water dripped into one of his rooms, and wind had blown out some of his windows.

“I slept through most of it,” he said.

Brandon Clement, a storm chaser, was in a Lake Charles parking lot early Thursday when he saw a RV topple over.

“You could actually hear (the storm) coming … I could see it racing across the parking lot at me … and the RV just went,” he said.

Later Thursday morning, Clement was driving south toward Cameron, the coastal community near where Laura made landfall.

“The father south I get, I’m seeing more intense damage,” including homes, businesses and farm buildings destroyed or missing roofs, he told CNN.

“It looks a lot like tornado damage,” he said.

Trees are down, and roofs and siding gone

In the Louisiana town of Vinton near the Texas state line, Keisha Freeman said she and her neighbors took shelter in a shed meant to withstand hurricane conditions.

When they emerged, they saw most roofs and siding on homes were gone, she said.

“There’s a tree down in every person’s yard,” Burch said.

Mat Mcgee was near the eyewall of Hurricane Laura when he saw the metal building in front of his barge get ripped apart in Hackberry, Louisiana, he told CNN.

The wind pulled off the roof, the door and knocked over the tower on the site.

More than 10,000 people in Texas and Louisiana took refuge in emergency lodging such as official shelters and hotels, the American Red Cross said Thursday.

The fate of inland residents continued to be a top worry Thursday morning for retired US Army Lt. Gen. Russel Honore, who coordinated the joint military response in 2005 to Hurricane Katrina in New Orleans, then weeks later aided the response to Hurricane Rita, which hit around the same places as Laura.

“We might have gotten a break on the projected surge (from Laura), but I would suspect much of Cameron (Parish along the coast) is pretty bad torn up, particularly all the reconstruction that had happened since Hurricane Rita,” Honore told CNN from Baton Rouge.

Honore feared many who live away from the coast had opted to ride out Laura at home, he said.

“In Lake Charles, a lot of people could be hurt, and as you go further north into Beauregard Parish and up toward Fort Polk, a lot of folks live up there in mobile homes, and I only fear — knowing that Cameron was fully evacuated, a big effort in Calcasieu (Parish) and Lake Charles to get people to evacuated — I hope the same was done further north because this could be very devastating … where people don’t live in very sturdy homes,” he said. “That is my biggest concern.”

Laura is the seventh named storm to make landfall in the US so far this year, a record for the most to do so before the end of August. There have been four tropical storms and three hurricanes.