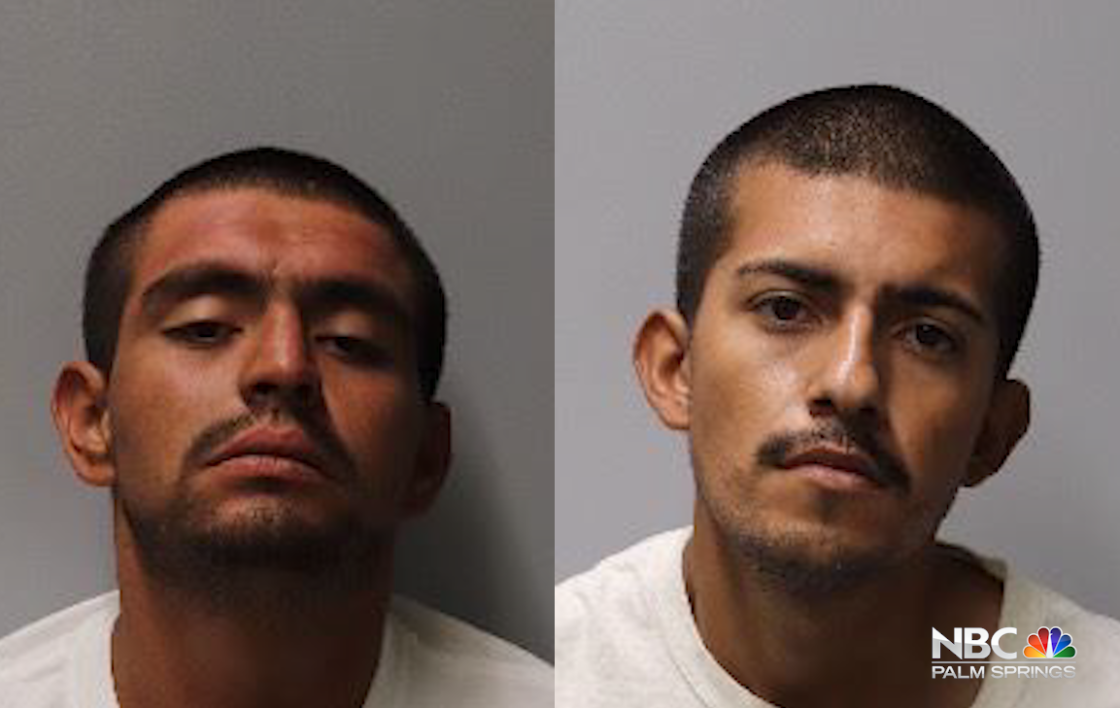 THERMAL (CNS) – Two North Shore men out on bail in a previous felony case and accused in an armed carjacking in Thermal that morphed into a high- speed chase were behind bars Tuesday, authorities said.

Francisco Razo, 24, and Victor Olivas, 26, were arrested Monday and booked at the Benoit Detention Center in Indio on suspicion of carjacking and conspiracy to commit a crime, according to Riverside County Sheriff’s Sgt. Steve Davis.

A carjacking at gunpoint was reported Monday at about 10:40 a.m. in the area of Avenue 78 and Fillmore Street, Davis said. Sheriff’s deputies later spotted a car matching the description of the one taken about five miles away at 5:30 p.m., and attempted to pull the car over.

The car then allegedly sped off and led deputies on a nearly seven- mile chase to the area of Polk Street and Avenue 78, where two suspects ditched the car and ran away, Davis said.

Razo and Olivas were arrested nearby.

According to court records, both defendants were out on bail in a separate felony case at the time of their most recent arrest. Both defendants were charged in June with seven felonies including burglary, grand theft and taking a vehicle without the owner’s consent. They are scheduled to return to the Larson Justice Center in Indio on Sept. 17 for a felony settlement conference in that case.

Both defendants are expected to be charged as soon as Thursday, jail records show.