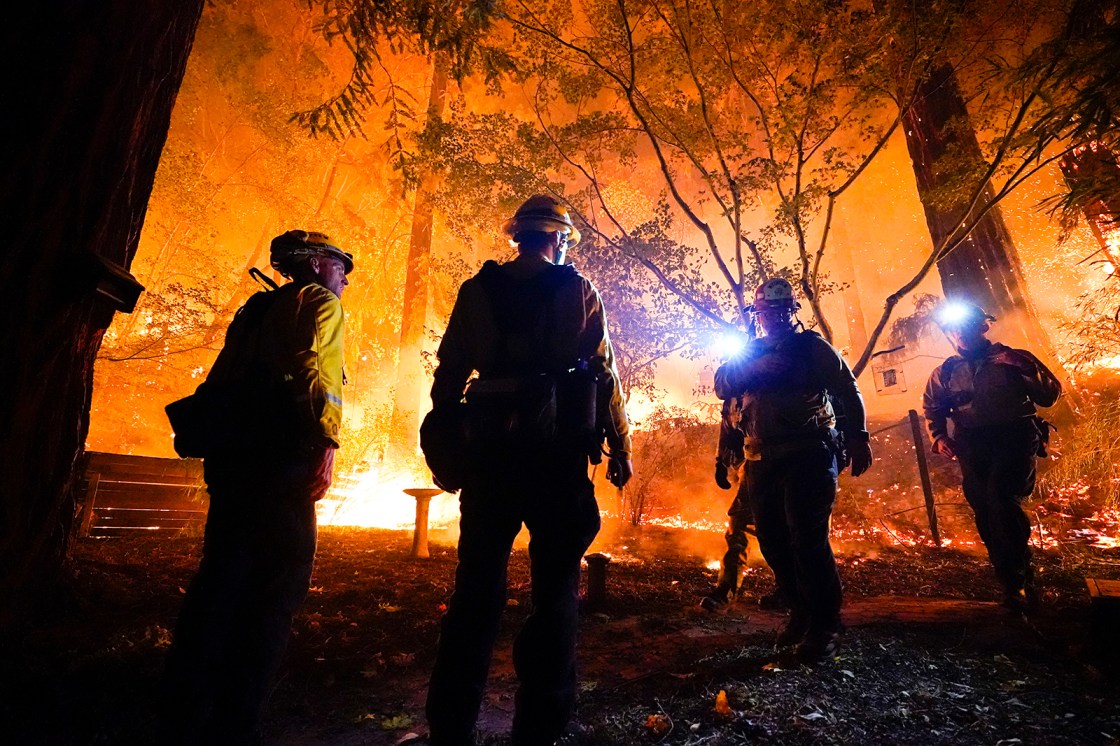 California’s Wildfire Season Has Potential to Last Through Winter

This fire season is quickly becoming one of the worst in California’s history.

On Monday a firefighter was killed and another was injured fighting the August complex fire in the Mendocino National Forest.

Berlant, was at a loss for words when addressing the loss, “The tragic loss last night is a reminder of the inherent dangerous job firefighting is and you know it’s just … ”

A video from a fire burning in Marin County shows just how dangerous. The footage shows a Sonoma Sheriff’s Department helicopter crew hoisting two firefighters up to safety as a wall of flames was headed their way.

This fire season is close to surpassing the worst  in California’s history: 2018,  when nearly 1.9 million acres burned.

The National Interagency Fire Center collects data, forms prediction models through intelligence to make sure firefighting resources are prepared and ready for fires on a national level.  Their Preparedness Levels range from one to five. We are now at a five.

Their outlook released September 1, 2020 for the next few months looks grim for California.

“It’s looking like a busy couple of months even though we should be typically heading out of fire season  … keep an eye on California, that’s going to be a problem spot,” says the NIFC in a report.

“We have continued to see year round firefighting conditions on average  our fire seasons are several months longer than they were before, but really December and January and February we are seeing fires in what would traditionally be winter months,” says Berlant.