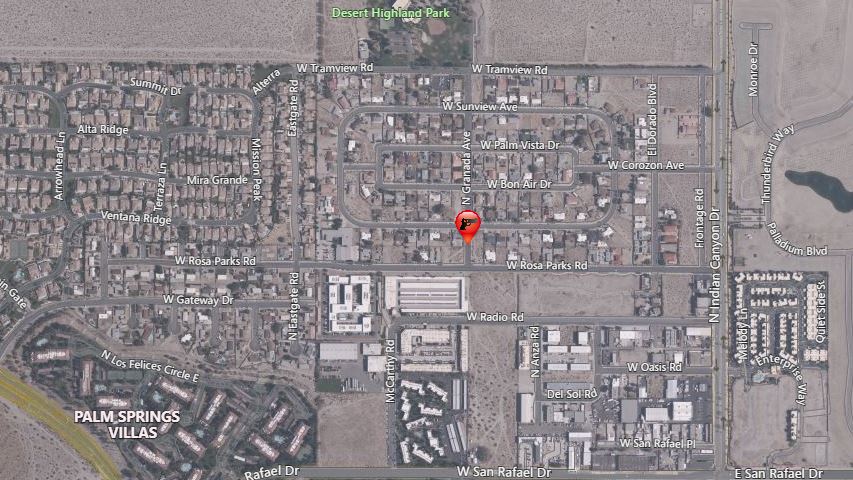 Officers were sent to the intersection of North Granada Avenue and Avenida Cerca in the Desert Highland Gateway Estates neighborhood at about 11 p.m. Monday to reports of gunfire, according to the Palm Springs Police Department.

No victims were located, although officers did find several shell casings on the ground, police said.

The gunfire was reported in one of two city neighborhoods where Palm Springs Police Chief Bryan Reyes has said growing reports of violence are tied to a war between two rival gangs, although police did not specify whether the recent shooting was connected.

Shooting Investigation – PSPD is investigating a shooting incident from last night around 10:58 PM. There were no reported victims, or residences or vehicles struck. https://t.co/4juTJQ4eB7 pic.twitter.com/UFQLCsKVCB

Last Wednesday, a 15-year-old boy was found shot to death in the 300 block of Avenida Cerca, and two others were assumed injured, following a nearby shootout. No arrests have been announced in that case, and a motive has not been made public.

The boy, who was not publicly identified, was gunned down near where several other shootings, and three other homicides, have been reported in recent months.

More than 100 law enforcement officers served search warrants in the Desert Highland Gateway Estates and Santiago Sunrise Village neighborhoods on Aug. 6, the culmination of a nearly yearlong investigation into 24 confirmed shootings in and around those neighborhoods dating to October of last year.

In that time, police say they received another 61 reports of shots fired in those neighborhoods, although evidence of gunfire in those cases was not found.

Anyone with information about the shootings was urged to call the PSPD Crimes Against Persons Unit at 760-323-8129. Anonymous tipsters can also call Crime Stoppers at 760-341-7867.