Nancy Pelosi says she was ‘set up’ by hair salon owner 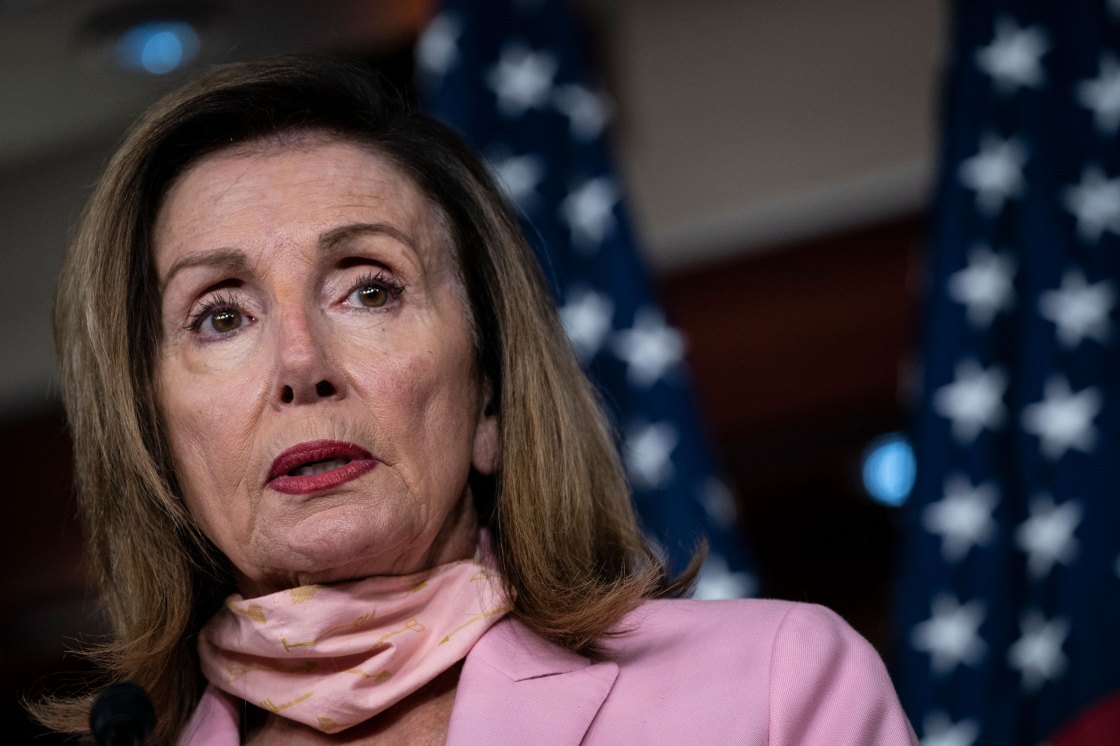 House Speaker Nancy Pelosi got her hair styled Monday inside a San Francisco hair salon, her office said in a statement Tuesday, an apparent violation of the city’s Covid-19 safety regulations that enraged the salon’s owner.

The acknowledgment came after Fox News reported that the owner of the salon, Erica Kious, was angry that Pelosi had broken the rules requiring such hair treatments to be done outdoors because of the pandemic. Fox also reported it had obtained security footage showing the speaker inside eSalon not wearing a mask.

Pelosi’s staff insisted Pelosi wore a mask while getting her hair done except for a brief period when she got her hair washed. The security footage shows Pelosi not wearing a mask as she walks briefly between two small rooms in the salon, her hair wet as if just washed.

“The speaker always wears a mask and complies with local Covid requirements,” Pelosi’s Deputy Chief of Staff Drew Hammill said in the statement.

But Hammill’s comments acknowledged Pelosi and her staff had relied on the interpretation of someone at the salon about what was allowed by new city regulations — that had just gone into effect Friday — and that the person was incorrect.

“This business offered for the speaker to come in on Monday and told her they were allowed by the city to have one customer at a time in the business,” Hammill said. “The speaker complied with the rules as presented to her by this establishment.”

CNN reached out by phone and email to Kious and eSalon but did not get an immediate response.

Kious told Fox News that stylists in her salon are independent and rent chairs, and that it was one of her independent stylists who told Kious that she was planning to do Pelosi’s hair on Monday.

“I was like, are you kidding me right now? Do I let this happen? What do I do?” Kious told Fox News, while noting that she “can’t control” what her stylists do if they rent chairs from her, as “they’re not paying” at this time.

Kious described Pelosi’s visit as “a slap in the face that she went in, you know, that she feels that she can just go and get her stuff done while no one else can go in, and I can’t work.”

The new restrictions in San Francisco say hair salons can operate outdoors, though certain procedures, such as shampooing, color and chemical treatments are still prohibited.

eSalon in San Francisco is not affiliated with the eSalon custom at-home hair color service.

Covid’s shuttering and restricting of hair salons and barbershops have become politicized throughout the year. In May, Republican Sen. Ted Cruz of Texas got his hair cut at a Texas salon whose owner was jailed for defying her state’s stay-at-home order and reopening her business early. President Donald Trump, who has consistently pushed for businesses to reopen amid the pandemic, also tweeted his support for the Texas salon owner.

On Capitol Hill, Pelosi has strengthened lawmakers’ restrictions in response to Covid-19, requiring masks on the House floor and in the Capitol hallways. And she directed all committee chairs to also require mask wearing at committee meetings when attendees weren’t speaking, and she pushed forward rules allowing voting by proxy so that lawmakers who couldn’t travel amid the pandemic could have someone vote on their behalf.

Pelosi has also been Democrats’ lead negotiator for another round of funding for the coronavirus response. That effort has largely stalled as Democrats and Republicans remain far apart on topline spending numbers.