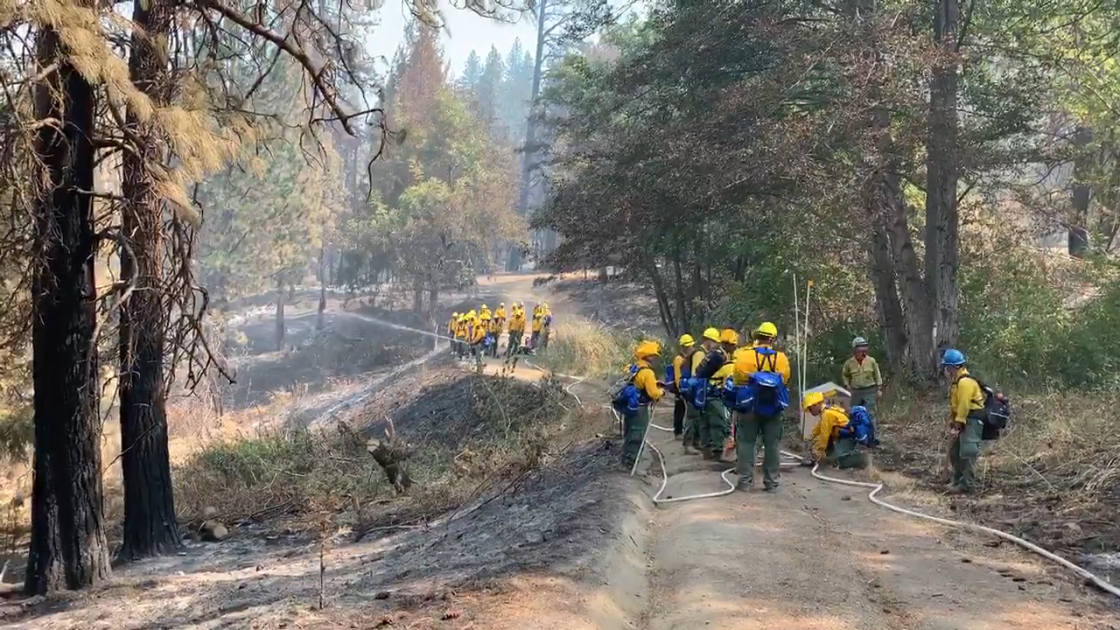 IDYLLWILD (CNS) – The number of federal firefighters assigned for deployments in the San Bernardino National Forest was increased Friday, ahead of the blazing hot Labor Day weekend, during which fire danger will be elevated because of winds and extremely low humidity.

“Extra personnel, including an engine strike team and a hot shot crew, will be pre-positioned for initial attack for any fires,” according to a U.S. Forest Service statement.

Crews are now on 24-hour standby throughout the 676,666-acre preserve in anticipation of wildfires.

The National Weather Service Friday issued a Red Flag Warning for the inland region that begins at 10 a.m. Saturday and ends 6 p.m. Sunday. According to meteorologists, fire risks are intense because of forecast 30 to 40 mph offshore winds and humidity levels at or below 10%, combined with potentially record-breaking triple digit heat, during the holiday weekend.

The San Gorgonio Pass was identified as particularly vulnerable to wildfires.

#WildfireMinute heading into Labor Day weekend we are #ReadyforWildfire in California; 8 engines, 2 hand crews, 4 MAFFS units and 3 Incident Management Teams are pre-positioned to respond to new fires. Please #BeOutdoorSafe and be careful with anything that can cause a spark. pic.twitter.com/2Qf9kQ07fZ

“We are expecting large crowds escaping the heat in the forest this holiday weekend,” Acting San Bernardino National Forest Deputy Fire Chief Scott Howes said. “It is extremely important visitors abide by fire restrictions to avoid starting a large fire that could prompt evacuations and endanger firefighters during the heat wave.”

The number of illegal campfires identified by forest rangers since January are nearly triple the number from the same period in 2019, according to the USFS.

Campfires, including barbecue pits, are permitted in a few large developed camping sites, but none are authorized in dispersed locations, rangers said.

Gas-powered devices, such as stoves and lanterns, can be operated with a free California Campfire Permit, but they must have fuel shut-off valves, and they must be used in places clear of debris and vegetation.

No target shooting is currently allowed in the forest, except in three privately managed designated locations, nor is off-roading activity permitted, and all smoking must be within designated spaces on developed grounds, rangers said.