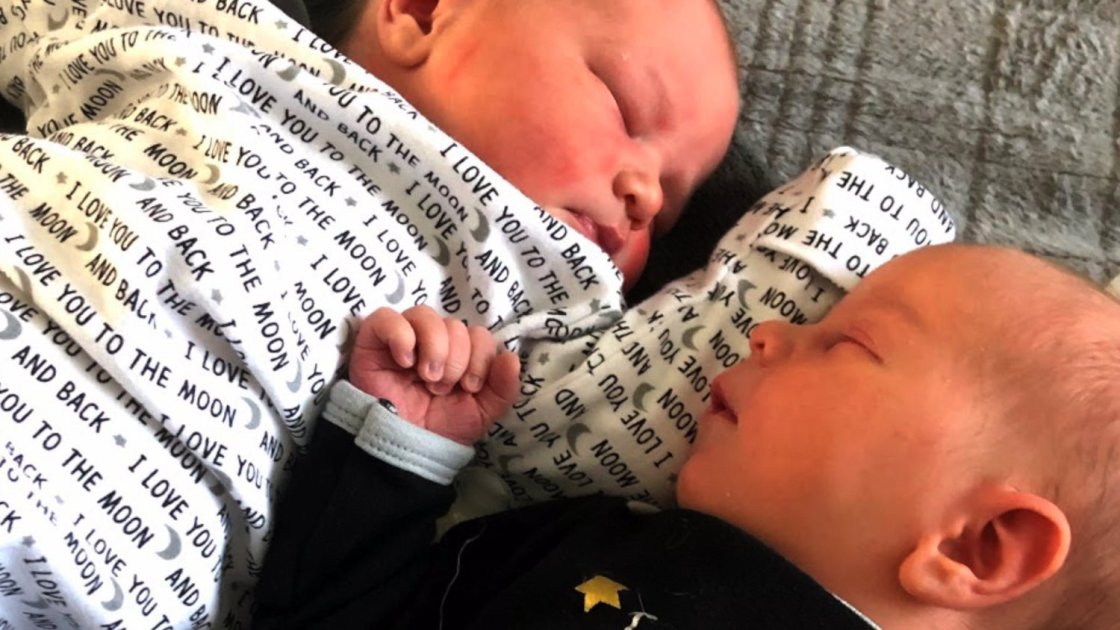 MINNEAPOPOLIS, MN (WCCO) — A Minnesota couple got quite the surprise when they discovered the baby they were expecting was actually two babies.

When Meagan Peoples measured large for her most recent pregnancy, she and her husband Connor weren’t concerned.

“Meagan’s always has really large babies,” Connor said. “We were fully expecting that trend to continue, and have like a…13-pound baby,” Connor said.

The couple was preparing to welcome their third child, but in reality there would be a fourth. Meagan said the babies were lined up one right in front of the other, rather than stacked on top of each other. Her midwives felt the baby in front.

COVID-19 restrictions did not allow Connor or any loved ones to come along for an ultrasound at the imaging center. She didn’t want to spend the hundreds of dollars to do it alone. Meagan had ultrasounds with her other kids, and all signs were that her baby was doing well.

“It’s his baby, too,” Meagan said. “I’m not going to come without my partner.”

She had a home birth on Saturday, welcoming first a boy, August.

“There’s two midwives when we did our home birth…and the second one looked down and she was like, ‘Oh lord, there’s another [laughs]!’” Meagan said.

“There’s two,” Connor said. “And then a part of you is like, well, we weren’t expecting two, so is there a number three now?”

It was still just two to complete their family of six. Meagan says after not leaving her home much for the last several months to be cautious about COVID, she doesn’t regret finding out the way they did.

“I’ve been at home for months, it feels like,” she said. “It made it really worth it when we ended up with two.”

Connor and Meagan said the babies are healthy and doing well, and Mom and Dad have been busy searching for an extra set of baby gear.