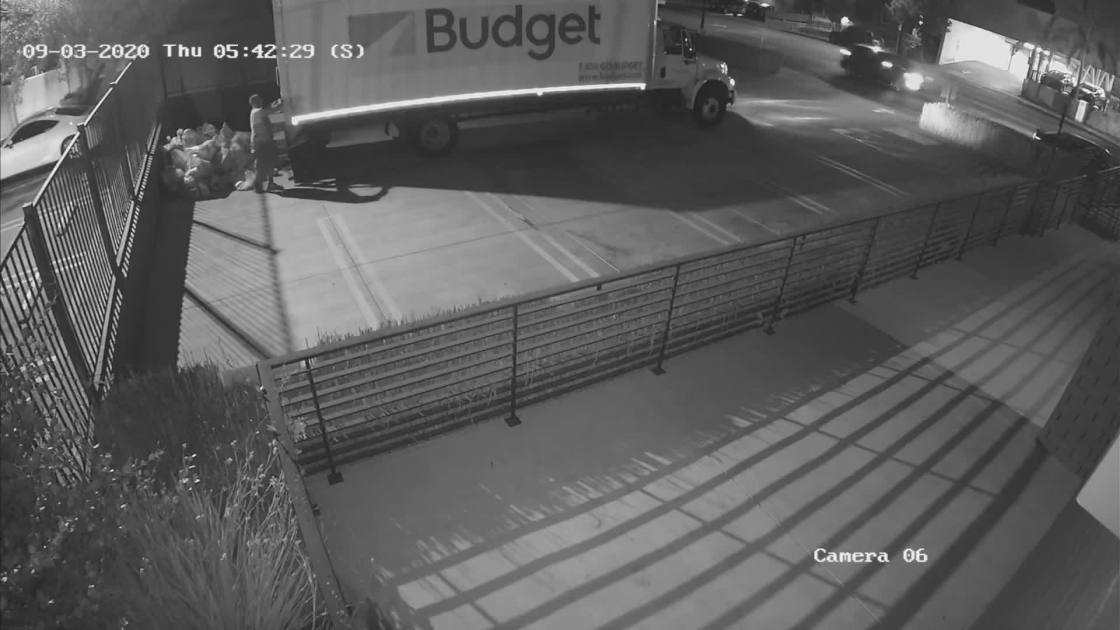 (CNN) — Bags of mail were dumped in a parking lot in Glendale last week, according to surveillance footage obtained by CNN.

The September 3 video shows a Budget rental vehicle backing into the lot of 7Q Spa Laser & Aesthetics. A person is seen exiting the vehicle and tossing numerous bags off the back of the truck into the lot. Minutes later, the person gets back into the vehicle and drives away — leaving the bags of mail in the lot.

“It was completely unusual,” 7Q owner Lilia Serobian told CNN affiliate KCBS/KCAL. She said upon closer inspection of the bags, she noticed they were filled with hundreds of unopened envelopes and packages from the US Postal Service. “It’s suspicious. You start thinking, ‘OK, something is going on,’ because no one has access to all those boxes and packages.”

“We wanted to make sure it wasn’t a bargaining employee,” Gonzalez told CNN. “We talked to the Glendale supervisor and the Glendale manager and asked from where the contractors would have received the bags. That’s when they responded, telling us the Union should not speak about it.”

For companies that ship in bulk, Gonzalez said they are given plastic bags bearing a USPS logo to bring to the bulk shipping department at the dock.

It was unclear if the bags were being delivered to or departing from the Glendale post office but if it was incoming mail, the bags are supposed to be placed into USPS trucks and taken to a processing center, Gonzalez said.

“If it’s outgoing, we don’t know how it got into the Budget truck,” Gonzalez said.

Gonzalez said the Postal Inspectors Office and local police are both investigating. CNN requests for comment from Glendale Police and the USPS have not been returned.

The recovered mail, which appeared to be “viable,” will go through a verification process and be delivered, Gonzalez said, though it will possibly be delayed.