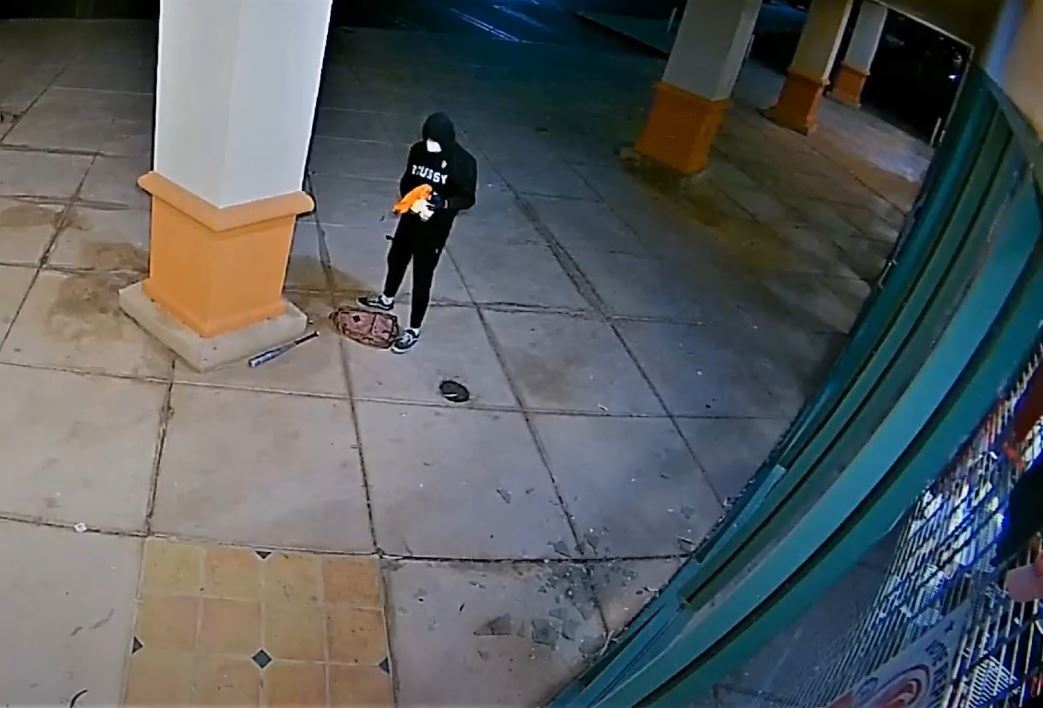 LOS ANGELES (CNS) – A Palm Desert man accused of tossing a Molotov cocktail into a Republican group’s office in the Coachella Valley was charged Thursday with arson and other offenses in both federal and state court.

Carlos Espriu, 23, was arrested Wednesday in Indio in connection with the May 31 firebombing of the East Valley Republican Women Federated office in the 78-800 block of Highway 111 in La Quinta.

Espriu, who remains in custody at the Robert Presley Jail in Riverside in lieu of $1 million bail, was charged by the Riverside County District Attorney’s Office with one count of arson of a non-dwelling and two counts of possessing destructive or explosive devices. He also faces a sentence-enhancing allegation of using a device designed to accelerate the fire.

Espriu is scheduled to be arraigned at the Riverside Hall of Justice on Monday.

In federal court, Espriu is charged with attempted arson, and is scheduled to be arraigned in U.S. District Court in downtown Los Angeles on Friday afternoon, according to the U.S. Attorney’s Office.

The non-injury blaze was reported about 1:30 a.m. on the last day of May. Arriving firefighters quickly extinguished the blaze before it could cause much damage, according to the Riverside County Fire Department.

Federal prosecutors allege Espriu used an “improvised incendiary device constructed of three bottles” that he tossed inside the building to ignite a fire.

RWF President Joy Miedecke previously told City News Service that surveillance footage showed a man set the fire after breaking the windows with a baseball bat. She also said her organization had offered a reward for his capture.

Espriu posted on Twitter sometime before the firebombing: “I wanna go burn shit n get hit with tear gas,” according to federal prosecutors.

He has no documented felony convictions in Riverside County.