Update on Fires Burning Across California 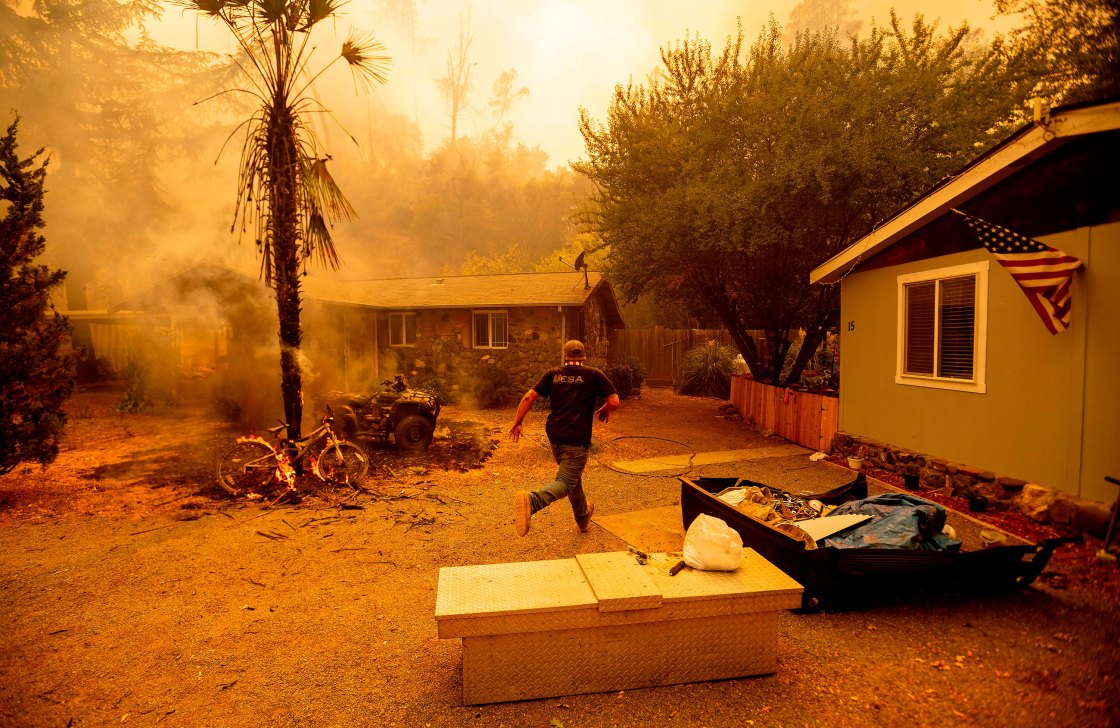 More than 14,000 firefighters are battling 28 fires across the Golden State, according to the California Department of Fires and Forestry Protection.

The North Complex Fire has consumed more than 250,000 acres and was 24% contained as of Thursday morning.

In the central California mountains, the Creek Fire has destroyed more than 360 structures, fire officials said. It’s now grown to more than 166,000 acres and remains 0% contained.

About 30,000 people were evacuated due to the fire, which is burning northwest of Fresno. But returning residents to their homes will likely be a lengthy process, Fresno County Sheriff’s Deputy Lieutenant Brandon Pursell said Wednesday.

“It’s going to be probably a couple weeks, just be patient with us,” Pursell said.

Toby Wait and his family fled the fires over the weekend. “I went on my deck and looked out, and there was just orange flowing throughout the hills,” Wait, a resident of Big Creek, told CNN.

Their home is one of dozens that have been lost to the Creek Fire. Now the family is sheltering with Wait’s parents in Hanford and other family members in Fresno.

“We’ve taken refuge here. We’re nomads right now,” he said. “We’ve got our duffle bags and when we wear out our welcome, we move on to the next house.”

Fire officials issued evacuation orders and warnings across several parts of the state including in Southern California, where the El Dorado Fire continues to burn parts of San Bernardino County and is 18% contained. In San Diego County, the Valley Fire — which has burned more than 17,000 acres — also prompted several evacuation orders and warnings.

On Wednesday, all 18 national forests in the state were ordered closed due to the “explosive growth” of wildfires, a notice from forest service officials said. Those temporary closures encompass more than 20 million acres of land.

“The number of large fires and extreme fire behavior we are seeing across the state is historic,” said Regional Forester Randy Moore. “I ask all Californians and visitors to take these closures and evacuations seriously for their own safety.”

Statewide, more than 2.5 million acres have been scorched this year alone, according to Cal Fire, and Gov. Gavin Newsom has pointed to climate change as a primary factor in the wildfires.

“Wildfires are a big part of the seasonal challenge,” Newsom said. “The challenge we’re facing now is the extreme fire events that we believe are climate induced.”

Kevin McKay moved to Chico after losing his home in Paradise to the Camp Fire in 2018, the most destructive wildfire in state history.

The smoke has been bad for a couple weeks, he told CNN. Then on Wednesday morning, he awoke to skies blackened by smoke and ash from the North Complex Fire coating everything, he said.

“It’s unnerving, to say the least,” he said.

McKay said he doesn’t feel like he’s in direct danger this time around, but friends and family who have been impacted by the recent fires have asked for his help and advice.

“Since 2018, it’s been a march to kind of put life back together,” he told CNN Thursday. “We’ve had Covid now, and there’s social discourse and unrest all over the nation. And then the fire comes back and just there’s a bunch of anxiety I didn’t realize was there.”

“There’s just this kind of relentless punishment that kind of keeps coming,” he said. “To rationalize it, all I can say is Mother Earth is definitely fighting back here.”