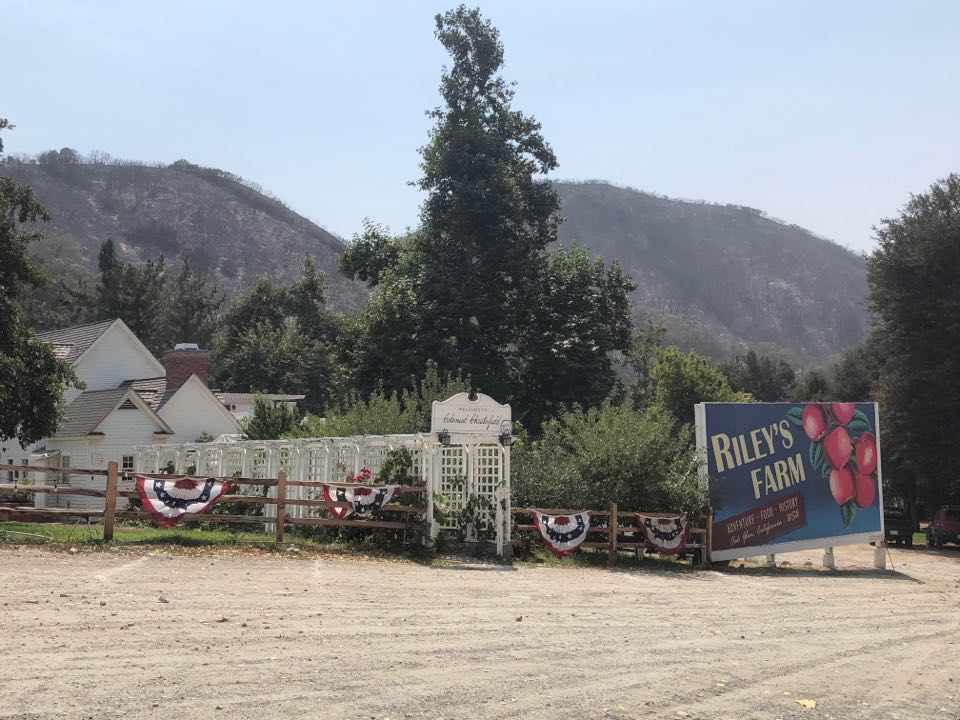 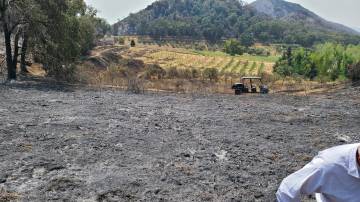 The farm’s owner, James Riley, said fires are not a new issue for the Oak Glen area, and believes a lack of logging and controlled burns are making them worse.

“There was a time when the U.S. Forest service was a for-profit operation and they made money. It allowed people to harvest timber, and that’s the way to manage a forest, is to allow some cutting of the lumber. Because of environmental, misplaced, environmental objectives objectives, they’re actually hurting wildlife,” said Riley.

This week, Gov. Newsom admitted the state can improve its forest clearing strategy, but said these fires have another major underlying cause.

“We can get more aggressive, we can be more prescriptive, more targeted in terms of vegetation management forest management our prevention strategy, But there is, there is something so fundamental that also cannot be denied. and that is climate change,” said Newsom. 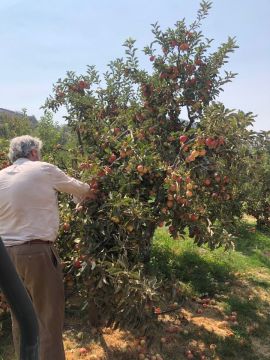 Last week, Gov. Newsom reached out to staff at Riley’s Farm to see if he could hold a press conference at the location, but the owner said he denied that request.

“We felt vindicated because he politicized it. He blamed the entire problem on global warming, when we all know they haven’t allowed us to cut fire breaks and they’ve reduced grazing,” said Riley.

Riley also says there’s very little man can do to prevent climate from changing throughout history, but climatologists say reducing the emission of greenhouse gasses falls on Americans and corporations.

And Daniel Swain, with the University of California, Los Angeles Institute of Environment and Sustainability, says these massive fires aren’t due to one single cause.

“There’s a lot of dense vegetation buildup, the climate is warmer and more conducive to more extreme fire behavior than once was, and we also have a lot more people living in potentially harm’s way,” said Swain.

Riley’s farm has been shut down due to the nearby fires, but plans to reopen on Sept. 16.