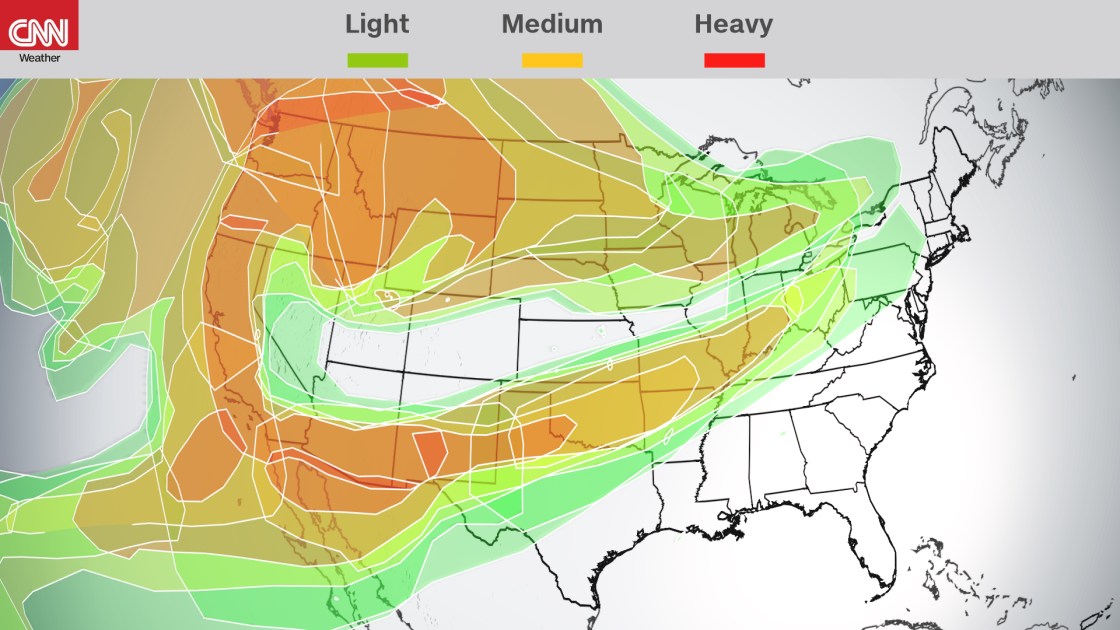 Smoke from severe wildfires raging on the West Coast has blown thousands of miles east, reaching parts of the Midwest, Canada and upstate New York.

At least 35 people have died in the fires, the worst of which are burning in California, Oregon and Washington state. They’ve burned over 4.6 million acres in the West, devastating the environment and sullying air quality.

Now, smoke from those fires has swept eastward in two large swaths: One has blown across the upper western US to Michigan and the Great Lakes region and over to Rochester, New York. The other has traveled across the southwest through Missouri, Illinois and Kentucky, ending in the Mid-Atlantic, according to the National Oceanic and Atmospheric Administration’s Office of Satellite and Product Operations.

Light to medium smoke cover also blew east into Toronto and Ottawa in Canada, as well as north to Vancouver and northeast to Calgary in Western Canada. A narrow strip of land between both smoke paths was spared, including parts of Nevada, Utah and Colorado.

The haze hasn’t impacted air quality in most of the eastern US. From North Dakota to New York, air quality is still considered “good” in areas where smoke has traveled. Air quality is still hazardous in parts of California, Oregon and Washington, according to AirNow, an air quality database maintained by government agencies including NOAA, the Environmental Protection Agency and the Centers for Disease Control and Prevention.

This year’s fire season is unprecedented in scale and severity. There are currently 87 large wildfires actively burning in 10 states, according to the National Interagency Fire Center, and over 3 million acres have burned in California alone.

There could be far worse disasters on the horizon. Climate scientists warn that as global temperatures increase, so will the prevalence of catastrophic wildfires.

Hot and dry conditions, conducive for wildfires, are already becoming the norm — it’s up to humans to mitigate the activity that has accelerated climate change, scientists say.