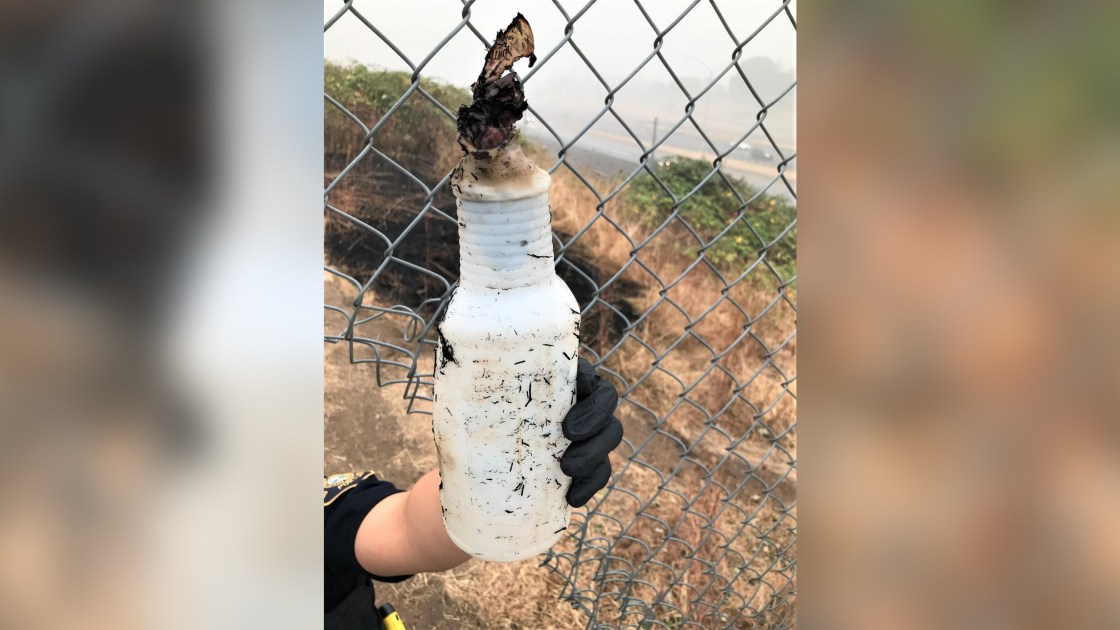 An Oregon man was arrested after he admitted to setting a brush fire along a highway, police said, as wildfires burn through large swaths of the West Coast.

Then, they said, he set six more.

Domingo Lopez Jr., 45, was booked Sunday afternoon after witnesses said he set a section of grass along the I-205 freeway on fire with what appears to be a Molotov Cocktail, according to a report by the Portland Police Bureau.

Lopez admitted to lighting the fire, and he was booked on charges of reckless burning and disorderly conduct in the second degree, according to the report.

Barely 12 hours later, on Monday morning around 3 a.m., Lopez was allegedly back at it. He was arrested once again accused of setting six more small fires, all along the same freeway.

“Portland Fire and Rescue extinguished three of them while passing community members put out the other three. All were caught early. No one was injured and no structures were burnt. Officers located Domingo Lopez, Junior walking along the shoulder and arrested him. They seized a lighter as evidence,” the report reads.

The news comes as wildfires continue wreaking havoc on the West Coast of the US, consuming more than 1 million acres of land in Oregon alone, Gov. Kate Brown said last week. After weeks of the blazes, dozens of people have gone missing and at least 36 have died across California, Washington and Oregon.

Law enforcement agencies have been flooded with calls since at least Thursday about online rumors that members of Antifa, an anti-fascist, often far-left-wing movement, were arrested for setting fires across the state. But police have said they’re false.

“Reports that extremists are setting wildfires in Oregon are untrue,” the FBI’s Portland field office said in a tweet Friday.

Many have lost their homes as well, and two cities in Oregon, Phoenix and Talent, have been nearly wiped out. All of this has been coupled with worsening air quality levels across the coast.

CNN could not discern whether Lopez had legal representation at this time.

Lopez is set to receive a mental health evaluation, according to the report, and was given citations for six additional counts of reckless burning.